Both soldier and terrorist have been transported to a hospital.

By TOVAH LAZAROFF
SEPTEMBER 18, 2016 06:29
Scene of the stabbing attack in Efrat, September 18, 2016.
Advertisement
An IDF officer was moderately to seriously wounded in a Palestinian stabbing attack in the West Bank settlement of Efrat Sunday morning, in the sixth incident of violence in the last two days. It marks the first time since the wave of Palestinian violence against Israelis began last year, that an attack has occurred in Efrat, even though repeated incidents have occurred at the nearby Gush Etzion junction.
Security footage of terrorist infiltrating Efrat
Efrat’s security team had been on alert for hours prior to the attack after it saw a person wandering around 400 meters outside of the settlement and notified the IDF.Eventually the Palestinian terrorist managed to infiltrate the settlement and hid in the bushes. Around 6 a.m. he jumped out and stabbed the officer in his upper body.The soldier was transported to Jerusalem’s Hadassah Medical Center in Ein Kerem. 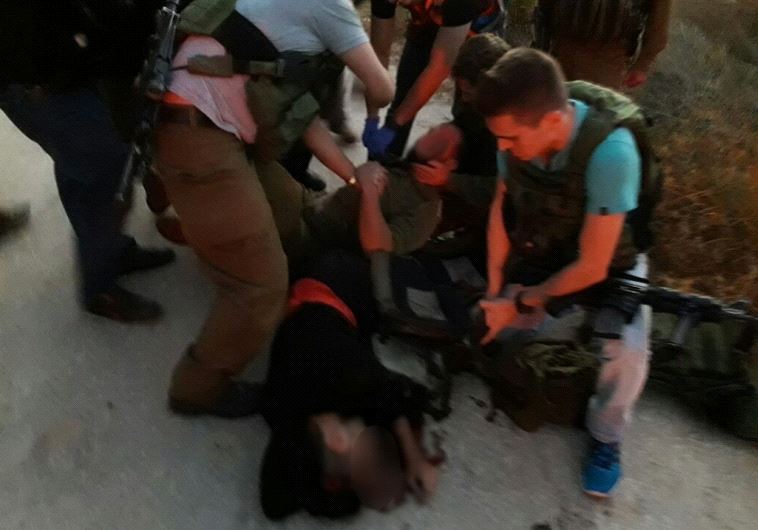 Another soldier shot and disabled the terrorist, who had a number of knives on his body. The terrorist was also transported to a nearby hospital. 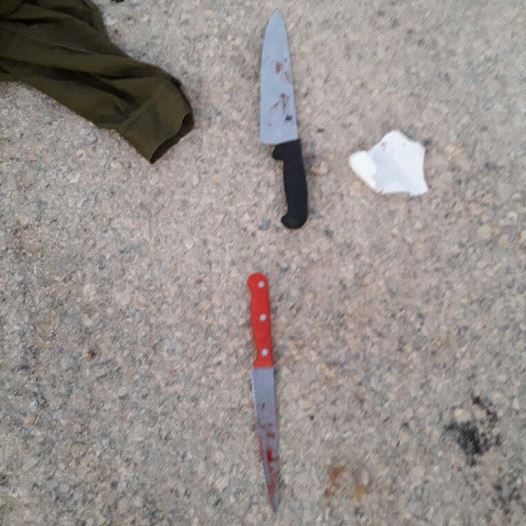 In spite of the attack, the settlement decided to hold school as usual.On Saturday the IDF decided to beef up its presence in the area of Hebron, in the West Bank, by sending an extra battalion to the area.On Saturday, a solider was lightly stabbed in the Tel Rumeida area of Hebron, just one day after a soldier had been stabbed and severely injured in that same area the day before. Both Palestinian assailants were killed.Also on Friday, a Palestinian man and woman attempted to execute a vehicular attack at the entrance to the Kiryat Arba settlement which is located just outside of Hebron. The male assailant was killed and the female assailant was wounded and taken to the hospital. Three Israeli teenagers who were at the scene were lightly wounded.On the same day, a Jordanian assailant was killed as he attempted to stab border police officers at the Damascus Gate in Jerusalem. He had entered the country the day before via the Allenby crossing.Just outside of Jerusalem, Palestinians threw stones at a bus near the Ma’aleh Adumim settlement, lightly inuring the driver.
Advertisement
Subscribe for our daily newsletter