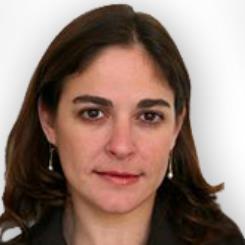 Caroline Glick was born in Chicago and made aliya to Israel in 1991, after receiving her BA in Political Science from Columbia University.  She joined the IDF that summer and served as an officer for more than five years. As an IDF captain from 1994 to 1996, she served as coordinator of negotiations with the PLO in the office of the Coordinator of Government Activities in Judea, Samaria and Gaza. After leaving the IDF at the end of 1996, she worked as the assistant to the director general of the Israel Antiquities Authority. She then returned to geo-politics serving as assistant foreign policy advisor to Prime Minister Binyamin Netanyahu from 1997 to1998.

From 1998 to 2000, Caroline went back to the US where she received a Master's degree in Public Policy from Harvard University’s Kennedy School of Government in June 2000.  In the summer of 2000 she returned to Israel and began writing at the Hebrew newspaper Makor Rishon; she served as chief diplomatic commentator and edited magazine supplements on strategic issues for Makor Rishon until March 2002.  In March 2002, she accepted the position of deputy managing editor of The Jerusalem Post.

During Operation Iraqi Freedom, Caroline covered the US-led war in Iraq as an embedded journalist with the US Army’s 3rd Infantry Division. Reporting for the Post, Maariv, Israel TV’s Channel 2 and The Chicago Sun Times, she was one of the only female journalists on the front lines with the US forces and the first Israeli journalist to report from liberated Baghdad.

Caroline's writings have been published in numerous newspapers and online journals: in 2004, in addition to her work at the Post, she resumed writing for Makor Rishon as the paper’s lead columnist and commentator.  Caroline is the senior fellow for Middle Eastern Affairs at the Center for Security Policy in Washington, DC and travels several times a year to Washington where she routinely briefs senior administration officials and members of Congress on issues of joint Israeli-American concern.

In its Israeli Independence Day supplement in 2003, Maariv named Caroline "The Most Prominent Woman in Israel." In December 2005, she was awarded the Ben Hecht award for Middle East reporting from the Zionist Organization of America. In January 2006, she was awarded the Abramowitz Prize for Media Criticism by Israel Media Watch.  In 2008, her first solo book, Shackled Warrior: Israel and the Global Jihad was published by Gefen Publishers.Email Caroline at caroline@carolineglick.com

Why I am running for Knesset with Shaked, Bennett

Caroline Glick: Why should Israelis vote if their vote is meaningless?

Caroline Glick: Trump’s decision to pull forces out of Syria has upsides

Corbyn to use his power to harm Israel - be ready 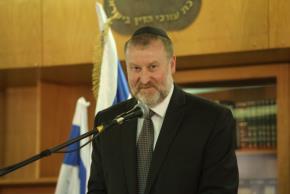 Column One: Israel’s ‘gatekeepers’ vs democracy

Column One: Hamas and Fatah unmasked

Why Israel let Hamas win latest round of Gaza violence

Column One: What America chose on Tuesday

What was Rabin’s legacy?

Column One: Mowing the lawn in Gaza

Column One: Standing up to the elitist mobs

Column One: Jewish Federations, we need to talk 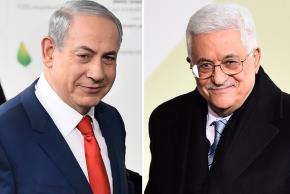 Column One: How Israel defeated the PLO

How Israel defeated the PLO