On Jan. 18, some 30 Jewish institutions in at least 17 states received bomb threats. On Jan. 9, such threats were called into 16 JCCs across the Northwest and South. 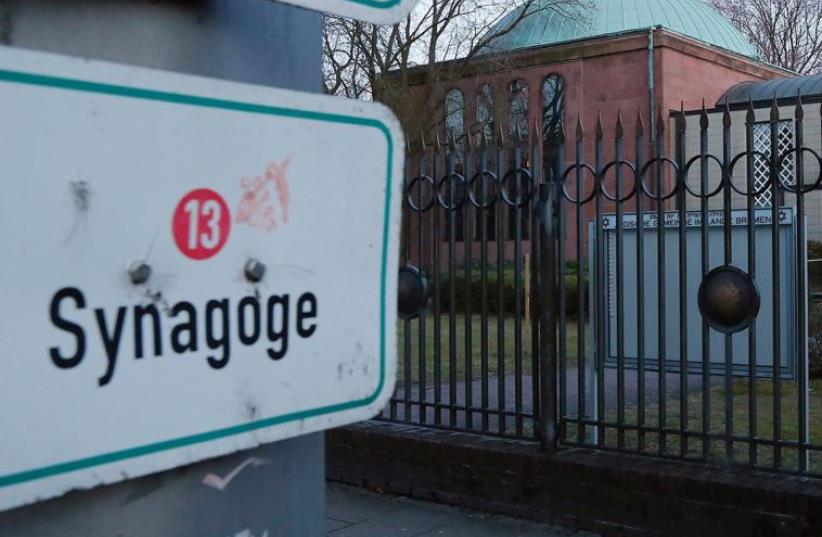 POLICE IN a van guard the Jewish synagogue and community center in the northern German city of Bremen.
(photo credit: REUTERS)
Advertisement
At least 11 Jewish community centers across the United States were targeted with bomb threats in the third wave of such mass disruption this month.Paul Goldenberg, the director of Secure Community Networks — an affiliate of the Jewish federations of North America, which advises Jewish groups and institutions on security — said the threats were called in late Tuesday morning. It was not clear at the time whether the messages were live or recorded, or the gender of the caller.“[I]n the past we know that the numbers can grow exponentially,” he said, adding that perpetrators have been “leveraging technologies to make mass calls.”Goldenberg confirmed that threats had been called into JCCs in Albany, New York; West Orange, New Jersey, and Boulder, Colorado. There were additional media reports of threats in Milwaukee, San Diego and Salt Lake City.The JCC in Albany received a bomb threat at 11 a.m. Tuesday, according to Tom Wachunas, the JCC’s fitness director. More than 200 people were evacuated, and were allowed to return after an hour and a half.“Things went very well from our perspective,” he said. “Everybody is fine.”Goldenberg said his organization was instructing the JCCs to be in touch with local police to determine if they should evacuate. The JCC MetroWest in West Orange, New Jersey announced an evacuation at 11:42 a.m.“In light of the newest bomb threats, we must remain a resilient community, and we need to ensure that we are back at our JCCs as soon as local police advise the all-clear,” Goldenberg said.He added: “Our Jewish community centers are focusing on security today more than ever before, and in spite of these continuous bomb threats I’m confident that our institutions are taking security seriously — and in many cases Jewish institutions are more secure than institutions frequented by the general public.”On Jan. 18, some 30 Jewish institutions in at least 17 states received bomb threats. On Jan. 9, such threats were called into 16 JCCs across the Northwest and South, forcing the evacuation of hundreds.