Samaritans are observing Succot a month later than Jews did this year. 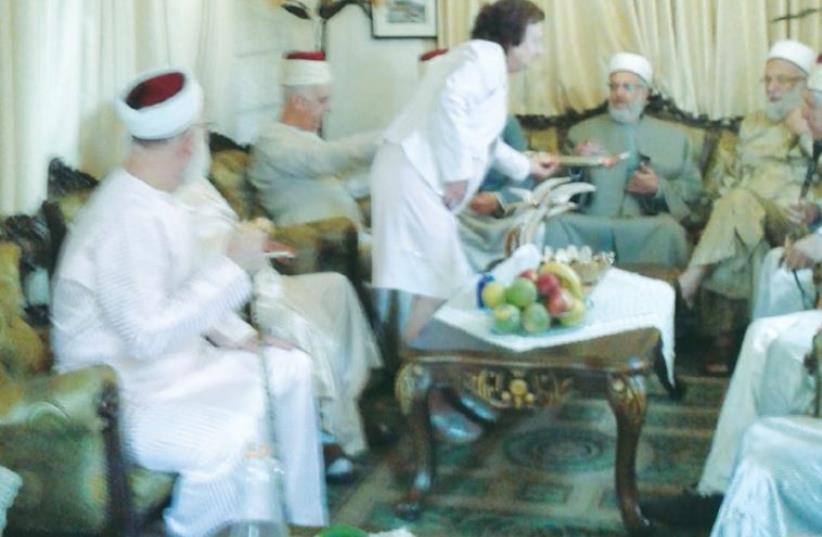 Samaritans celebrate Succot
(photo credit: GIL ZOHAR)
For Jews, the lunar month of Heshvan is sometimes known as Mar Heshvan, meaning “Bitter Heshvan,” since it is the only month in the Hebrew calendar that doesn’t include a holiday.But those feeling deprived this week can visit the town of Kiryat Luza atop Mount Gerizim, flanking Nablus to the south, to join in the seven- day celebration of Succot, which Samaritans are observing a month later than Jews did this year. Their festival began this past Tuesday.The once-mighty Samaritan people, whose population at its peak numbered in the millions, but has fallen to 780 today, celebrate Succot every year beginning on 15 Tishrei , just as the world’s Jews do. But because the sect – which traces its origins to the Northern Kingdom of Israel and the tribes of Ephraim and Manasseh – doesn’t accept rabbinic calendar reforms from the talmudic period, their Bible-based holidays sometimes fall one month later.
Read More...
Unlike Jews, who build their succa outside, the Samaritans construct their tabernacles indoors. They have been doing so for the last 1,500 years; in the Byzantine period, the Samaritans were persecuted and their outdoor succot were often vandalized by their Christian neighbors.In contrast to Jews, who use s’chach (greenery such as palm fronds) to cover the top of their succot, the Samaritan succa itself is decorated with fruit arranged in a decorative pattern and hung like a chandelier from a permanent ceiling mount. The colorful display – in remembrance of the Garden of Eden – can involve as much as a hundred kilos of seasonal fruit such as pomegranates, apples, oranges and, of course, etrogim.
Cancel Subscription