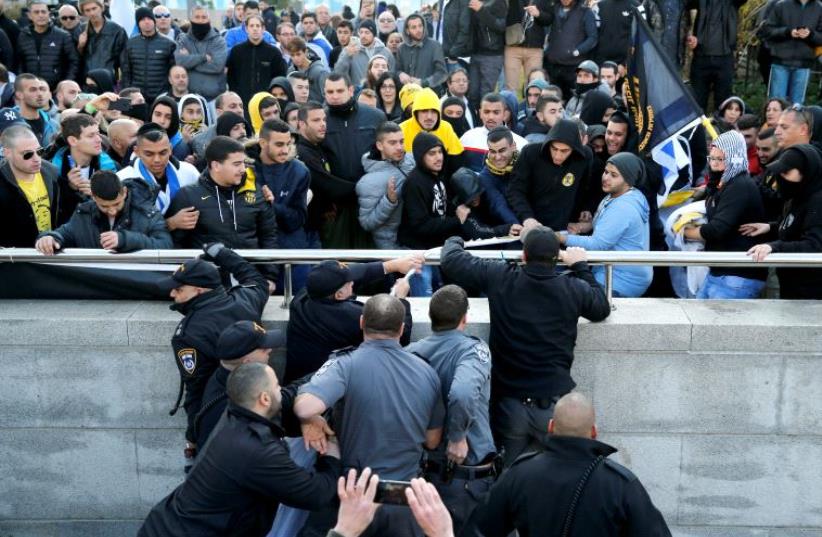 Clashes erupt outside Tel Aviv court ahead of verdict for Hebron shooter
(photo credit: REUTERS)
Advertisement
Clashes broke out Wednesday among demonstrators outside the Kiriya military court in Tel Aviv ahead of the verdict in the divisive case of IDF Sgt. Elor Azaria, who sparked a nation-wide debate after shooting a subdued Palestinian assailant last year in Hebron.
Azaria supporters clash with police outside courtroom 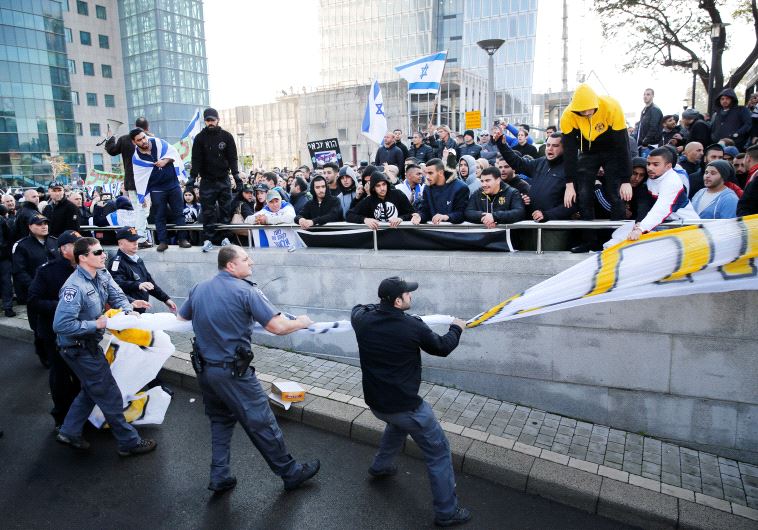 While waiting for around three hours to hear the final verdict, protesters clashed with police and some shoved the media - other’s cried and pledged that the fight for Azaria’s release is not over. Before the conviction was reached it became apparent to many of the protestors, around 200 gathered on Wednesday, that Azaria would be convicted for shooting, Abdel Fatah Sharif in Hebron on March 24, who was immobilized after attempting to stab IDF soldiers. “How can a terrorist be considered a victim and a soldier be considered a murderer? Only in Israel," Azaria supporter Idal told The Jerusalem Post.Surrounding Idal were men, women, and teenagers, many draped in Israeli flags yelling at the top of their lungs, “Free Azaria!” and “Terrorist need to be killed!” others shouted “The media are terrorists!” Protestors stormed a police barricade around 11 a.m., spilling into the busy, adjacent thoroughfare and temporarily closing the Shalom exit from the country's central Route 2.Far-right activists Benzi Gopstein, Baruch Marzel along with a few dozen members of the “La Familia” soccer fan club, known for sparking violence, and the Lahava anti-Arab organization were also in attendance. Four protesters were arrested, while the majority of clashes between police and protesters appeared to come from La Familia and Lahava members. Yoav Eliasi, known by his stage name “The Shadow,” is a leader of the far-right movement that was prevalent among some of the protestors on Tuesday. “I’m here to support the IDF solider who has been accused of protecting his people,” Eliasi said, “This conviction is a great shame to the Israeli Army and the Israeli people. I think the court is always wrong in Israel.” 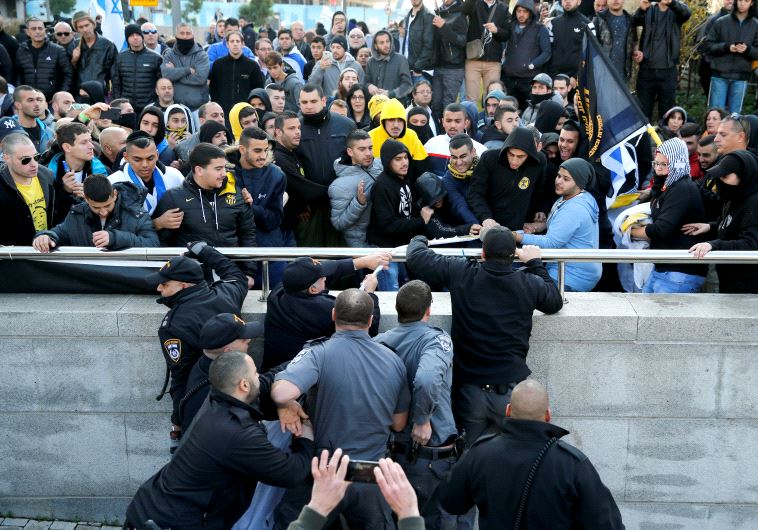 When the decision was finally reached, mothers among the protestors cried and lambasted the Netanyahu government and the IDF, especially IDF Chief of Staff Gadi Eizenkot and former Chief of Staff Moshe Ya’alon. “Elor is like my son, I have two kids in the army and one more coming,” said Yaakov Binyamin Hacohen said, “I blame Bibi, it’s not the army - it’s the leadership.”“I support him as a soldier and as a man,” said Aaron Dahan, 18, “He was under a huge amount of pressure, he is young man. This verdict came because Israel is scared of what the world will think of us.” The clashes occurred as the whole country and many international observers waited for the three-judge panel to hand down the verdict. Nearly eight-months of legal proceedings ensued after the incident in which two Palestinians attacked two Israeli soldiers in Hebron.


One of the soldiers was stabbed by Sharif, who was wounded and fell to the ground almost motionless, while the other Palestinian, Ramzi Kasrawi, was killed on the spot (according to most accounts).Around 10 minutes after the incident appeared to be over, Israeli army medic Azaria arrived on the scene and shot Sharif in the head as he lay nearly motionless on the ground. 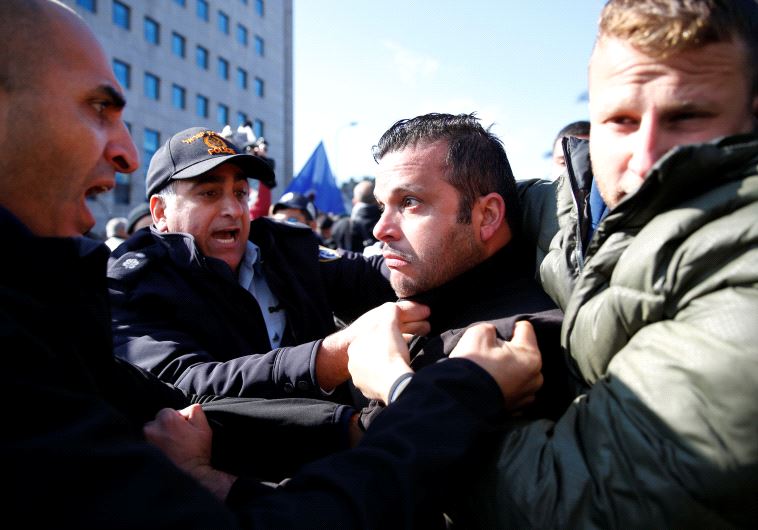 The entire incident was caught on an extended video released by left-wing NGO B’Tselem, which showed so much detail leading up to the incident that the IDF could not claim that Azaria had been lunged at or was otherwise exercising any traditional notion of self-defense as is usually claimed in such controversial incidents.The video went viral, drawing international condemnation, and unusually, immediate classification as murder by then-defense minister Moshe Ya’alon and IDF Chief-of- Staff Gadi Eisenkot.Zionist Union MK Omer Bar-Lev condemned the protestors as a “gang of raging delinquents.” “They are not ‘everyone’s children.’ If my children were acting the same way, I would first ask myself where I failed,” Bar-Lev said on his official Twitter account on Wednesday.