Educators gather to discuss Jewish identity and the Holocaust

‘Yes, people died, but they also lived, and had to confront unimaginable choices’ 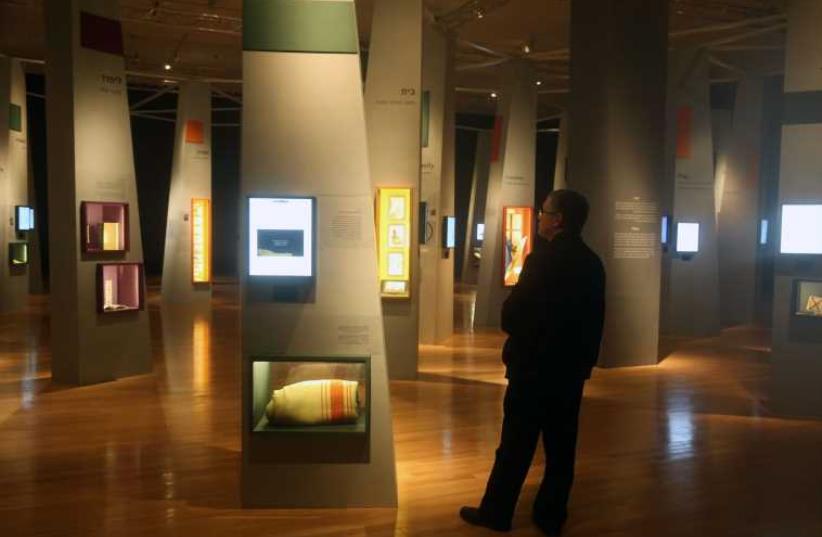 Yad Vashem
(photo credit: MARC ISRAEL SELLEM/THE JERUSALEM POST)
The challenges of Jewish identity, Jewish history, perspectives on the Holocaust and its place within Jewish consciousness have all been under debate and discussion over the last three days at an international conference held by Yad Vashem.The conference is scheduled to end on Thursday.Some 200 Jewish day school principals, teachers and senior Jewish studies educators from 34 countries and six continents are participating in the conference at Yad Vashem’s International School for Holocaust Studies, titled “The Shoah and Jewish Identity: Challenges in Jewish Education.”One of the main goals of the fourday symposium is to explore and debate the place of Holocaust within Jewish identity, especially in the 21st century, when the number of survivors will grow ever smaller, and the ways in which Holocaust education will need to change in light of this reality.Speaking to The Jerusalem Post, director of the International School for Holocaust Studies at Yad Vashem Dr. Eyal Kaminka described Jewish identity as a mosaic of numerous, multifaceted components.As one of the most significant events of Jewish history, the Holocaust is a part of that mosaic, Kaminka said. It is not only the horrors of the Nazi genocide that should make up our understanding of the Holocaust, but the responses of those who experienced it as well, he said.“When you talk about the Holocaust, you can also take strength from it and discover the life hidden inside the stories,” Kaminka said.“In our educational approach, we’re trying not focus on the death mechanisms of the Holocaust, but on the living mechanisms, how people chose to live in during this time.Yes, people died in the ghettos, but they also lived there, and they had to confront unimaginable choices.While dying, they had to think about the living, they had to think about a vision for Jewish people and humanity as a whole after the Holocaust.”Kaminka said the Yad Vashem conference is trying to put issues such as these, and others, on the table of Holocaust education and its connection to Jewish identity.He added, however, that a critical component of Holocaust education must be to provide a monument “to the faceless people who died and who the world didn’t want to remember.”Kaminka noted that in the recent Pew surveys of Jews in the US and Israel, three-quarters of US Jews, and two-thirds of Israeli Jews, said that remembering the Holocaust was an essential part of what it means to be Jewish.“If it’s that central, let’s focus on the achievements of ethical values and decisions during the Shoah.Let’s learn from that, and make that part of our identity,” he said.One of the educators at the conference was Dr. Ethan Zaydoff, the cochair of the history department of the Frisch School, a coeducational yeshiva high school in Paramus, New Jersey.He said many of his pupils understood the Holocaust through family connections to the event, through Holocaust Remembrance Day events and the brutal historical reality.But Zaydoff said that perspective ignores the different ways the Holocaust was experienced by different communities and individuals.“We need to know how to place Holocaust in its historical context and have an understanding of the multiplicity of ways of looking at it,” hes said. “There is no one, uniform Holocaust story, and we need to appreciate that variety of experiences.”Rabbi Naftali Schiff, executive director of the JRoots educational organization, said understanding the Holocaust is critical for Jews today, just like how understanding the events behind other Jewish disasters and triumphs has formed Jewish identity in the past.“Hanukka is a happy time, but the Greeks weren’t so happy with us and neither were Romans, the Nazis and so on,” he said, referring to the present Jewish holiday.Schiff said the triumphs of Jewish history such as the victory of the Seleucid Greeks at Hanukka, or the freedom from slavery in Egypt, must be understood in the context of the challenges, struggles and, in some instances, disasters that preceded them.“You can’t only celebrate freedom, you have to understand what was behind the phenomenon of Hellenization and what was behind the enslavement in Egypt, just like you can only appreciate Israel and living in a free country if you understand where you come from,” he said.Schiff said, however, that Holocaust education should not only be about the genocide of European Jewry.“There was life before and there is life after the Holocaust,” he said.“Jews were imbued with values before it, and they were preserved after it. I don’t want people to be Jewish because Jews died, but the Holocaust is as much a part of Jewish consciousness as is Passover, Purim and Hanukka, and as such needs to be incorporated in Jewish education and identity.”