“In this case there foremost is a danger of a stigma. An anti-Israeli movement might exploit the decision and put it to use on anti-Israeli campaigns.” 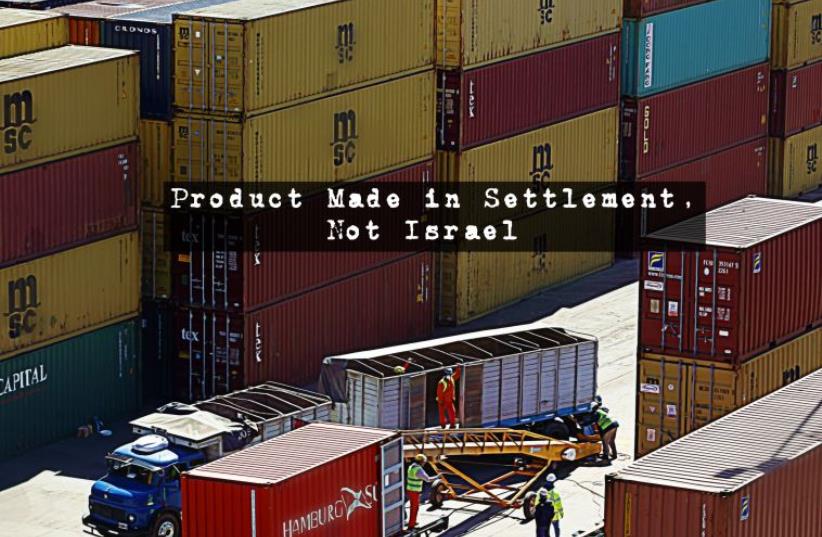 EU-Israel settlement product guidlines
(photo credit: REUTERS)
Advertisement
Germany’s ruling party, the Christian Democratic Union, spoke out against the European Union’s new labeling guidelines for Israel.“This decision might not bring advantages in consumer protection,” Jurgen Hardt, foreign policy spokesman of the parliamentary group in the Bundestag of the party of German Chancellor Angela Merkel told JTA on Thursday about new regulations published the previous day by the European Commission.“In this case there foremost is a danger of a stigma. An anti-Israeli movement might exploit the decision and put it to use on anti-Israeli campaigns.”The regulations adopted Wednesday require separate labeling for Israeli products sold in the European Union when they are either packaged or produced in the West Bank, eastern Jerusalem or the Golan Heights. It also requires labels on such products specify whether they were produced by Israelis or Palestinians.The EU mission to Israel claimed the labeling was designed to afford clarity for consumers and not to serve as a political move, though Israel rejected the claim and complained the action was discriminatory and designed to pressure it on settlement building.Hardt added that the Christian Democratic Union “considers that stigmatization and boycott are not probate to facilitate the dialogue between Israel and the Palestinians.”Labeling as such was an important consumer issue, Hardt added in an email to JTA, but “the implementation by the European Commission should in this case perhaps not have been so stringent.”“As a signal to our friends in Israel, I would have appreciated, if the European Commission in this case would have abstained from the implementation of the European regulation,” Hardt said. He also said that since “Germany is a friend of Israel,” labeling will have little impact on trade.The American Jewish Committee office in Berlin praised Hardt for his stance, which he also expressed in the German media.