'Root out ISIS ideology in Beduin schools in Negev' 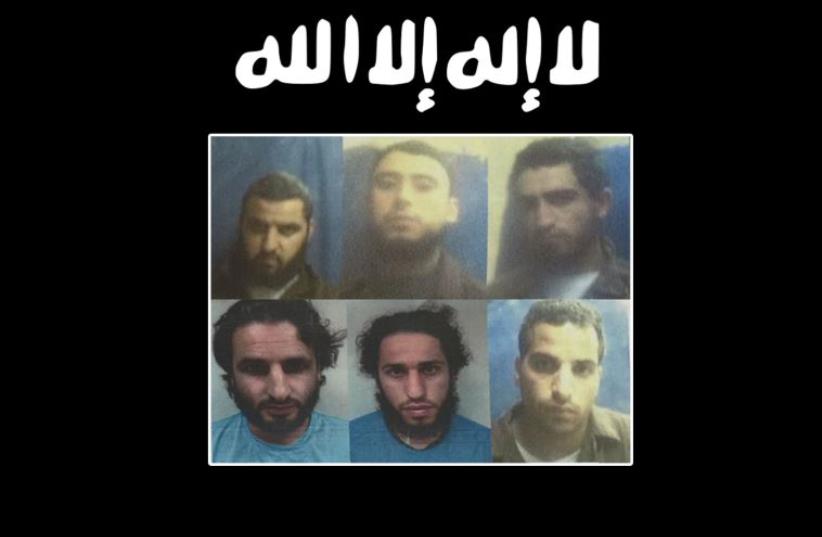 ISIS cell arrested by Shin Bet.
(photo credit: SHIN BET)
Advertisement
The government must act to root out Islamic State ideology in Beduin schools, MK Meir Cohen (Yesh Atid) said on Tuesday.He made these remarks before the Knesset Education, Sports and Culture committee, which convened to discuss Islamic State ideology in the Israeli education system following a motion for debate on the issue initiated by Cohen.“In touring the Beduin towns [in the Negev] I hear from numerous people of a phenomenon of a strengthening of Islamic presence and an IS ideology,” said Cohen, a Negev native who served as welfare minister and mayor of Dimona. “We cannot turn a blind eye to this phenomenon.”“Two months ago six teachers from the settlement of Hura in the Negev were arrested. Four of them were suspected of promoting an Islamic State ideology within the school in the community,” Cohen wrote in a letter ahead of the meeting, explaining the urgent nature of the issue. “Two weeks ago, a terrorist from the same settlement [Hura] carried out a fatal attack for nationalistic reasons in Beersheba.”MKs Merav Ben-Ari (Kulanu), Hilik Bar (Zionist Union), Oren Hazan (Likud) and Oded Forer (Yisrael Beytenu) joined in the motion.At the meeting, MK Ben-Ari called on the Education Ministry to address the fact that Beduin children do not know how to communicate in Hebrew, adding that every year thousands of students pursue degrees in the Palestinian Authority and Jordan because they are unable to speak Hebrew.“Israel in the past 30 years has given up on the Negev and, as a part of this policy, has also given up on the Beduin,” MK Forer said. This has also led to a “decrease of enlistment in the IDF among Beduin youth.”He called on the Education Ministry to address the curricula enforcement policies in Beduin schools, and questioned how the ministry approves teachers.Forer said that due to a lack of Arabic speaking educators in the South, teachers are being “transported” from the North of Israel to teach in the Negev, bringing an Islamic ideology with them.MK Osama Sa’adi (Joint List) called on the committee to distinguish between ISIS ideology, which he said the vast majority of Israeli Arabs do not support, and that of Islamic movements.“If the discussion is on ISIS then we must root it out and address it,” he said. “When the government [of Israel] is not there [in the schools in the Negev], then other actors are filling the void.”The director of the Southern District in the Education Ministry said the situation in Beduin schools has vastly improved over the past decade. She cited an increase in the number of certified teachers, improved school infrastructure, increased eligibility for matriculation exams and a decrease in the drop-out rate of Beduin students.She conceded that there has been an influx of teachers from the North, though she said those teachers are certified and vetted by the ministry.She also said that children in Beduin schools “speak a dialect of Arabic” that has nothing to do with literary Arabic. As such, they must first learn how to speak, read and write in Arabic, and only then learn English and Hebrew.Despite the ministry’s optimism, Cohen remained “very pessimistic.”“Let’s not fool ourselves. I sit in these towns and I hear a very different tune to what is being presented here today. I hear music to the tune of feeling neglected, feeling completely disconnected from the state and of areas that are extra-territorial that nobody will venture into,” he said.“We must reach deep into our pockets and be generous and solve this issue,” Cohen said. “There are initial roots [of ISIS ideology],” he added, urging that the government address these issues now, before it becomes a widespread and increasingly dangerous phenomenon.