The Supertanker is the largest aerial firefighting aircraft in the world and is capable of carrying up to 19,600 gallons of retardant or water.

By JPOST.COM STAFF
NOVEMBER 26, 2016 16:05
The US Supertanker taking off
Advertisement
The US Supertanker, which arrived late Friday evening from the United States, took off on its first mission Saturday afternoon. Based on the Boeing 747, the plane was set to help extinguish the flames near Jerusalem, adjacent to Highway 1. The Supertanker is the largest aerial firefighting aircraft in the world and is capable of carrying up to 19,600 gallons of retardant or water.


"We are here to help you," said the staff of the plane, who made the fourteen hour journey from Nevada. Prime Minister Benjamin Netanyahu announced the decision to bring the plane Friday. Contracted through the company Global Super Tanker, the plane was brought in hopes of avoiding the same fate of the Carmel fire disaster, when the Supertanker was brought to Israel too late, rendering it unusable. In addition to the US Supertanker, other countries including the US, Egypt, Jordan and Azerbaijan committed to sending help in combating the flames; Azerbaijan has dispatched a fire plane, Egypt two helicopters, and Jordan fire trucks and crews. Te US sent 50 firefighters to Israel along with the Supertanker. 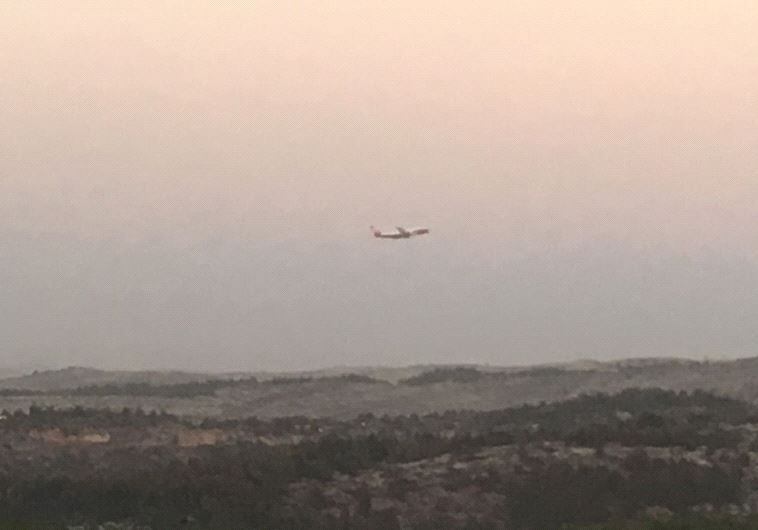 The Supertanker over Nataf.(photo credit: TALI TANNENBAUM/ PARKS AUTHORITY)Russia, Turkey, Croatia, Italy and Palestinian units have also come to Israel's assistance during the crisis.Since the fires began raging across Israel this past Tuesday, 13 suspects have been arrested for arson, the police stated on Saturday. 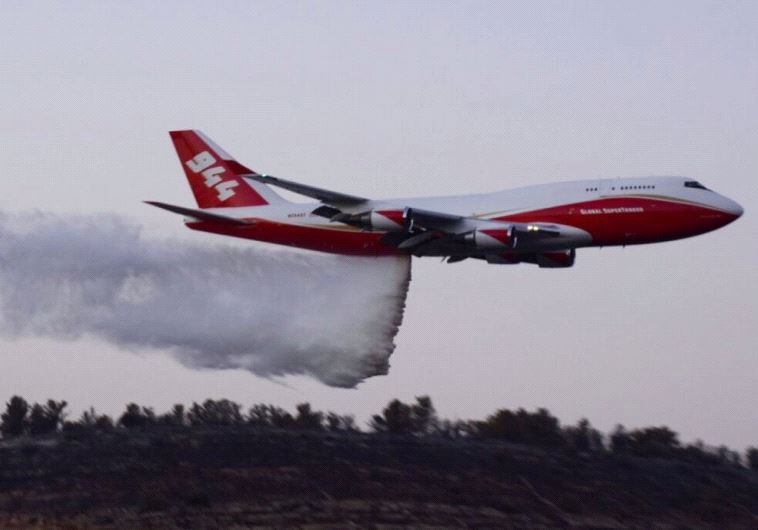