17 women, 40 children and a climate of absolute obedience

"They were his slaves," says a neighbor of Goel Ratzon's followers. "Sometimes the women's parents stood outside, pleading for their daughters to come home."

By YAAKOV LAPPIN
JANUARY 17, 2010 20:45
Self-styled spiritual 'guru' Goel Ratzon.
(photo credit: Channel 10 [file])
Advertisement
Neighbors who lived near Goel Ratzon in south Tel Aviv's Hatikva neighborhood told The Jerusalem Post this week that he was revered as a guru-like saint by his 17 women partners and their 40 children.Ratzon banned all of the women who lived with him from communicating with men - including their own brothers - and demanded absolute obedience, the neighbors added."They were his slaves," one neighbor said.Police say Ratzon meted out financial penalties of hundreds of shekels to the women for the smallest of transgressions, such as "sitting on the stairs.""It's like a state - I have to uphold my principles, order and laws," Goel said during a Channel 10 documentary made about him last year.Some neighbors told the Post that Ratzon had used hypnosis techniques he learned while traveling in India to bring about the blind worship he received from the women."He was in India for years. He learned how to hypnotize people," one woman said.But other neighbors said he merely preyed on the insecurities of vulnerable young women 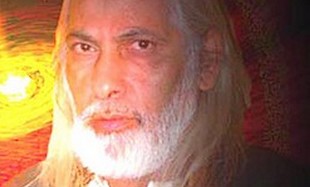 from unstable backgrounds."The moment you look at him, he broadcasts tranquility into your eyes," Efrat, one of the women who lived with him, said during the documentary.In the film the women can be seen showing the camera large tattoos bearing Ratzon's face and name on their arms and neck. All of the children conceived by the women and Ratzon are named after him, like Tehilat Ratzon (Ratzon's Glory), one of his daughters, and Goel Goeli, one of his sons.The women usually dressed in an extremely conservative manner to ensure no part of their body was exposed."He's the messiah everyone has been talking about. When people find out, this country will shake," one of his adherents said in the film."I'm not their messiah, I'm simply good for them," Ratzon said in the documentary.In the past, the women had acted in a suicidal manner when they feared Ratzon was displeased with them. Some attempted to overdose on pills while others slit their wrists."When I die... you are to lead peaceful and constrained lives... but if the State [of Israel] harms me, go out and strike them as much as you can. Even at the cost of shedding your own blood," Ratzon told one of the women in the film."We never heard them, they made no noise at all," another neighbor told the Post. "The women made a living by cleaning homes, but they were not permitted to work for men," he said.Despite the quiet, noise levels would rise dramatically when the women, always quick to take offense to criticism of their "master," became confrontational with neighbors who had a bad word to say about Ratzon."The police have been called here many times to calm things down," a neighbor said. "At one point someone threw firecrackers at their home," she added.The silence was also shattered periodically by the parents of the women, who came to the house to plead for their daughters to come back."It would happen routinely," the neighbor said. "The parents filed many complaints with police and social services," she added."Whenever I saw the kids, they were quiet," the neighbor said. "Sometimes I heard them crying. They always had long clothes on."The Channel 10 documentary showed how groups of three to four women together with their children lived on every floor of Ratzon's multi-storied buildings, and formed self-sustaining "economic units," working and contributing to the commune. Ratzon also received large amount in state funds in the form of child benefit payments.The film showed how Ratzon repeated his nightly ritual of choosing one of the women to go to bed with him. "Do you want to come with me?" he asked one girl in her mid-20s."Yes," she said, smiling with relief, as she hugged him. The other women appeared devastated.
Advertisement
Subscribe for our daily newsletter