By JPOST.COM STAFF
APRIL 12, 2013 16:43
Rabbi Yaakov Yosef 370
(photo credit: Courtesy 24 news)
Advertisement
Rabbi Yaakov Yosef, the eldest son of Shas spiritual leader Rabbi Ovadia Yosef, died at age 66 on Friday afternoon, succumbing to a long struggle with cancer.Yosef was hospitalized at Hadassah University Medical Center in Jerusalem’s Ein Kerem earlier this week after his medical condition worsened.Tens of thousands of people took part in Yosef’s funeral procession on Friday afternoon which left from the Borochov Synagogue in the Bukharim quarter in Jerusalem.Though father and son have had their differences over the years, notably over the latter’s endorsement of the controversial book Torat Hamelech, which his father spoke out against arguing it may be construed by some as racist, Ovadia led thousands of followers and supporters in prayer all week in hopes of a miraculous recovery for his son.Prime Minister Binyamin Netanyahu mourned the loss of Yosef, calling him “a great teacher and adjudicator of Jewish law who followed in the path of his father.”President Shimon Peres also joined the many people who expressed sorrow at the death of Yosef. On Saturday night, Peres phoned Ovadia to convey his condolences, and will also pay a shiva visit this week.Ashkenazi Chief Rabbi Yona Metzger eulogized Yosef, saying his passing is “a great loss to the people of Israel, to the Land of Israel, and to the world of Halacha.” 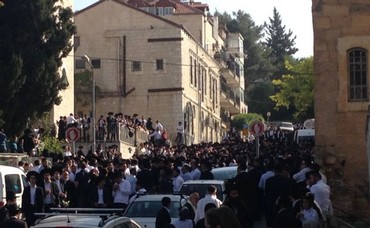 “He was known for his phenomenal memory, and his integrity was well known,” said Metzger. “The truth was his guiding principle and he found himself time and again on the one side of the river, while the rest of the world was on the other side – but he stuck to his internal truth and did not give in.”Metzger added that despite Yosef’s illness, he accepted his suffering “with love and without complaint” and continued to work to bring others closer to God.“His love for the Land of Israel was enormous, and he was deeply sorry for every inch of the Land of Israel that was returned [to the Palestinians], as if it was a valuable diamond that was lost,” Metzger added.Metzger also praised Yosef’s modesty, and his work for the education of both men and Sephardi women, who had to face obstacles in order to be accepted to an educational institute.Construction and Housing Minister Uri Ariel also mourned Yosef’s passing, saying a “righteous man was lost to Israel.” 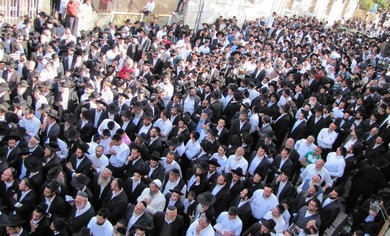 “Along with the people of Israel, I mourn and give my condolences to the family of Rabbi Yaakov Yosef, of blessed memory, that was one of the greatest adjudicators and teachers of our generation,” said the Bayit Yehudi MK.Ariel called Yosef a “man of truth” who “fought the war of Torah, and for the Land of Israel.”Yosef, the rabbi of the haredi Givat Moshe neighborhood in Jerusalem and of the Hazon Yaakov yeshiva, was one of the most influential right-wing rabbis. He was also a Shas MK in the 11th Knesset, as well as a member of the Jerusalem City Council.Greer Fay Cashman contributed to this report.
Advertisement
Subscribe for our daily newsletter