By JPOST.COM STAFF
MAY 29, 2012 14:45
Hamat Tiberias synagogue mosaic 370
(photo credit: Reuven Reeven/National Parks Authority)
Advertisement
Vandals damaged an ancient mosaic floor and spray-painted walls at the fourth-century-CE synagogue located at the Hamat Tiberias heritage site in the Galilee overnight Monday.Police are investigating the incident. The vandals wrote messages apparently directed against the director-general of the Antiquities Authority, Shuka Dorfman, and in protest of archeological digs at the graves of ancient rabbis. 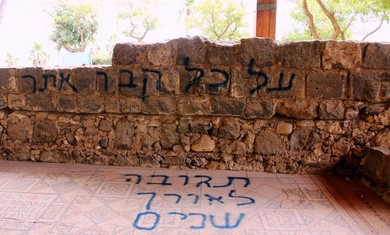 The Hamat Tiberias synagogue is administered by the National Parks Authority.It is believed to have been built in the Sanhedrin period, in the fourth century CE. 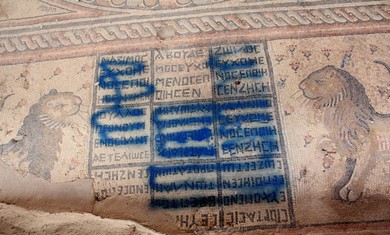 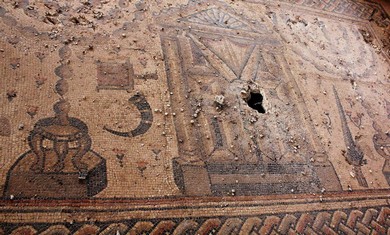 “We will work to bring the criminals to justice and together with our partners in preserving heritage sites in Israel, the Antiquities Authority, we will fix the great damage done to the site,” National Parks Authority director Shaul Goldstein said in response to the vandalism. 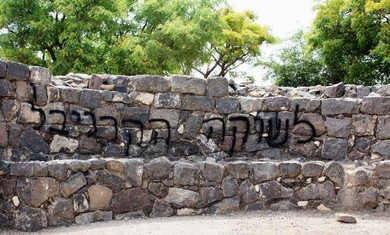