Ebb and Flow: Wroclaw’s Flow tells the city’s story to the world

Flow is part of a cultural process that was created out of a need by citizens to place their experiences into a social and political context. 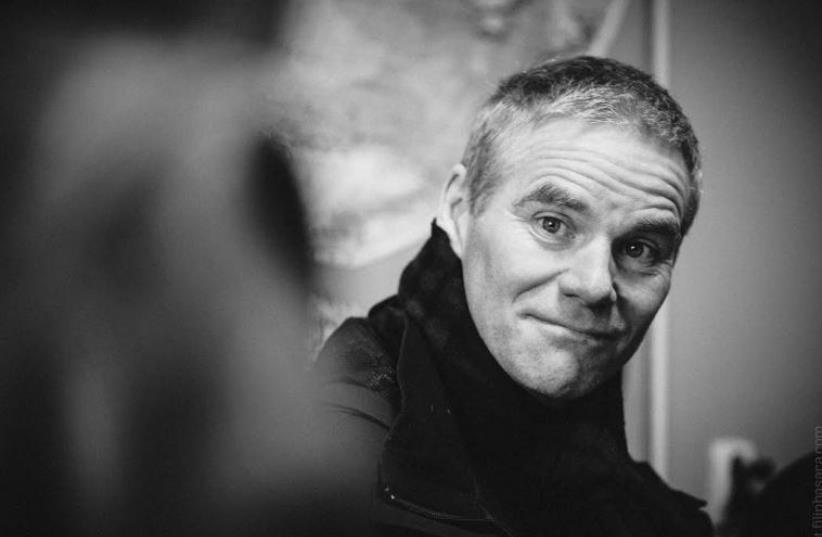 Chris Baldwin
(photo credit: FILIP BASARA)
Advertisement
Wroclaw is a city rich with history. Before World War II, it belonged to Germany and was known as Breslau. Today, Wroclaw is the cultural capital of Poland and its story longs to be told. On June 11th, Flow, a series of events choreographed by Chris Baldwin, will do just that. Through dance, art, and music, each event throughout the day tells a story from Wroclaw’s past and highlights the link between the city and the rest of Europe. Flow also includes performances and participation from the Jerusalem Academy of Music and Dance. Baldwin sat down with The Jerusalem Post to talk about Wroclaw’s complex history, using bridges as metaphors, and helping the city express itself.Can you talk about the history of Wroclaw? The most significant moment was in 1945. Up until then, it had been a German city with a sizeable and strong Jewish community. It had been very powerful for hundreds of years, although in history, it had always been a place of conflict. Then after the second World War, it became part of Poland. It was given to Poland as part of the post-war accord. There was a huge shift; a movement of about three and a half million people in the region who were expelled from the city. Then about the same number of people over a year or two were brought to the region; many wanted to come, and many were forced. It was part of this Stahlinist plan after the war to create countries based on ethnicity, rather than respecting the multicultural ethnicities that were there at the beginning of the 20th century. It was considered to be a “regained” city and an identity was built up around that notion from 1945 until about 1990 with the fall of communism. As a result, although everyone who lived there was mostly from somewhere else, the most dangerous question you could ask was, “Where are you from?” By asking that, you were placing into question the whole reorganization of Central and Eastern Europe. I’ve met many people who were forced into Stahlinist camps in SIberia for asking that question. The ability to reflect on identity without those extraordinary pressures was something that was particularly limited.How does this relate to the Flow event of 2016? Flow is part of a cultural process that was created out of a need by citizens to place their experiences into a social and political context, and to touch upon the complexities of this history that was suppressed for so long.

How did you become involved in Flow?I was approached. I’m very interested in working with cities and regions in different areas of Europe in particular. I love to work with people who have a story that they need to tell and want to be part of that process. I often work with people who are not considered to be professional. I’m also very interested in large events and how cities have a need to present their stories in such a way. I’ve made it my mission to help communities, and young artists in particular, explore their stories by helping them create events. I produced the opening ceremony for the 2012 London Olympics before starting on this project, and there are similarities between the two, but Wroclaw has the most complex story to tell, and it wanted to do that through the prism of European capital culture.

Can you take me through the events of Flow?Flow is the final of four major projects that I’m directing. The first one was a year ago and it was called Most, which means bridge in Polish. It was a project where we invited artists under the age of 35 to apply for support to create an event on one of the 150 bridges in Wroclaw. It was a way of opening up the history of the bridges in a cultural context. Almost none of them were built by Polish architects; they were mainly built by Germans, and a good number of them were Jewish. If you want to explore a traumatic and complicated history in a way that creates open dialogue, then we felt like using the symbol of a bridge was a good way to do that. We closed 27 bridges in one day and created a festival in the city, based on exploring these different narratives. Then we took those young artists and created an opening ceremony, where we had over 2,000 performers, and 200,000 people attended. It literally stopped the city. That was Wroclaw telling its story to Europe based on the core values of multiculturalism, innovation, and rebuilding.With Flow, we placed the emphasis on a conversation between the city and the diaspora. That’s why we were so keen to work with Jewish communities, cities in Germany, the Czech Republic, and six or seven other cities in Poland. There are 20 other countries involved, but they are not directly related to the diaspora. So the day is divided into two parts: Flow I and Flow II. The first takes place around the city center, which is dominated by the beautiful river Odra. We have four major outdoor sites within about 100 meters of the river. There is the Body Story Zone, where three Israeli contemporary dance companies are performing. There is the Zone of Borders, which is where non-professional artists from Wroclaw, who all have roots in the Ukraine, are going to perform a piece of work based on the refugees and migrants. Then there is the Zone of Tastes in the Botanical Gardens, which is a collaboration between Polish and German artists. It uses the idea of traditional recipes from our mothers and grandmothers, as a way of unlocking the experience of being expelled from one city and arriving in another. All of these events are connected by something called “Knock, Knock, Who’s There?”. We have 20 wardrobes from 1920’s to the present day that are going to be placed all around these zones to link them together. In the evening, we have Flow II, a major production on the water with orchestras from Israel, the Czech Republic, Germany, and Poland. They’re performing a piece called the Wroclaw Cantata, written by four young composers, one of whom is Udi Perlman from Jerusalem. Each of the four movements focuses on a period of Polish history.
Advertisement
Subscribe for our daily newsletter