Iran and Turkey: A new round of an ancient rivalry

Much of the regional international developments in the Middle East will probably be defined by their rivalry. 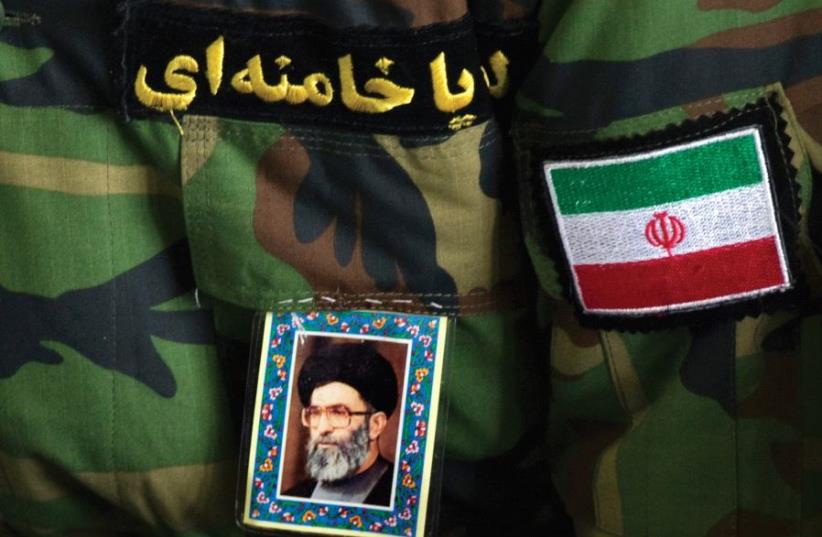 A MAN wearing an Iranian Revolutionary Guard uniform sports a portrait of Iran’s Supreme Leader Ayatollah Ali Khamenei.
(photo credit: REUTERS)
Advertisement
The two most prominent local players in the complex Middle Eastern game are Iran and Turkey. It is their strategies that will define the political future of this region in the coming decades. Inevitably, sometimes these strategies will be in direct contradiction with each other.The present state of affairs is not exactly historically unique. Turkey and Iran fought relentlessly for primacy in the Middle East during the 16th, 17th and 18th centuries. As a Georgian and a student of history I know a lot about that struggle, because much of it was going on in the South Caucasus and, more specifically, in Georgia, sometimes with deleterious effects for the locals.In fact, the pattern is much older than even the Ottoman and Safavid empires of the 16th-18th centuries. In late antiquity and the early medieval period the Byzantine and Persian Sassanid empires were engaged in centuries of struggle for control of the Middle East. It all ended sadly for both of these great powers with the Arab conquest, but prior to the mid-7th century when said conquest occurred, they were contenders for dominance in the region. The Sassanid Empire is a precursor of the modern Iranian state, just like the later Safavids. As to the Byzantine Empire of that period, as a geopolitical entity it was very similar to the later Ottoman Empire.In the 21st century, the competition between Turkey and Iran has taken new forms and is waged with new methods.The most spectacular example is, of course, the Syrian war. Both powers want to see a satellite regime at the head of this Levantine country. As a result, they support the opposing sides of the civil war in Syria. Iran has been helping the Assad regime with material assistance, diplomatic support and participation in the war by Iran’s satellite organization Hezbollah and groups of Shi’ite mercenaries, as well as by Iran’s own elite military units. Meanwhile, Turkey has been supporting the rebel groups trying to overthrow Syrian President Bashar Assad.Another venue for strategic competition is Iraq. In that Shi’ite-majority country the government is under very strong Iranian influence. The north of the country, however, is a Sunni-majority region. It also contains a population of Turkmen, who are ethnic “relatives” of the Turks. With the ongoing operation to liberate Mosul and the rest of northern Iraq from Islamic State (ISIS), Turkey is anxious to gain influence in the post-ISIS Mosul region, and prevent it falling under the political dominance of the Iran-friendly Baghdad government.The dynamics around the Hamas organization, which controls Gaza Strip, are another example of the Turkish and Iranian regional policies. Both powers try to keep Hamas an exclusive junior strategic partner. Turkey’s efforts are based on Hamas’ affiliation with the international Muslim Brotherhood network, which has close ties to Turkey’s ruling AKP party. Meanwhile, Tehran has been using pragmatic interests based on the fact that Israel is the shared enemy of both Iran and Hamas.Lately, another interesting angle has been added to the Iranian-Turkish strategic dynamics – the geopolitics of the Persian Gulf region. It has been the venue of competition between Iran and the local Arab nations for a long time. The United States, Britain and France are also players in the Gulf, aiming to prevent any change of the local status quo in favor of Iran. Now Turkey appears to be on the way toward becoming another Gulf player, with a large Turkish military base being established in Qatar. The base is to contain 3,000 Turkish ground troops, as well as air and naval units, military trainers and special operations forces. It remains to be seen how considerable Turkish military presence in a region vital to Iranian interests will influence relations between these two powers.With their large populations, economies and militaries Iran and Turkey have no equal regional rivals except each other. Egypt has large population, but its structural economic and social problems are too deep. Saudi Arabia has great financial resources, but will never be Iran’s or Turkey’s match militarily. Israel, while very strong in military terms and a nuclear power, can never exert beyond its borders the kind of influence Iran and Turkey are exercising.It is true that neither Iran nor Turkey are exceedingly stable politically. Both might experience very serious internal unrest in the future. There also are scenarios where Iran ends up in a disastrous war against the US. But unless any such calamity happens, Iran and Turkey are there to stay as regional powers for the foreseeable future. Much of the regional international developments in the Middle East will probably be defined by their rivalry.The author worked for the National Security Council of Georgia in 2008-2013.