The Mossad is the national intelligence agency of Israel, responsible for intelligence collection, covert operations abroad and counter-terrorism work. The agency also works to bring Jews from countries in which aliyah is forbidden, to Israel. The Mossad was found in December 1941 under the recommendation of then Prime Minister David Ben-Gurion. Tamir Pardo is the current head of the agency; He works directly under the prime minister.
Read More
Less

INTELLIGENCE AFFAIRS: As Biden prepares to take office, Israel is in a better place in efforts to prevent Iran’s nuclear program. 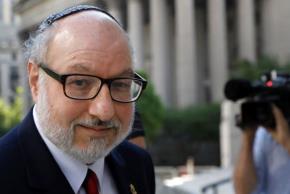 Pollard pension to be paid by Israel - intel minister

Spy Legends is the first-ever company whose focus is on people who work in espionage and undercover intelligence operations.

This year's selections included 12 Mossad employees - "the best of the best," Rivlin called them.

Netanyahu to appoint deputy Mossad head as next Mossad Director

"D" will replace Yossi Cohen as the next director of the Mossad in June 2021.

What can Israel's past assassinations tell us about the Fakhrizadeh hit?

INTELLIGENCE AFFAIRS: Understanding the anatomy of an assassination

Moore-Gilbert was released on November 25 in exchange for three Iranians involved in an attempted bombing attack in Bangkok, Thailand, aimed at killing Israeli diplomats.

J’accuse: In the shadow of Dreyfus at the European Union

The Simon Wiesenthal Center for over a year has acted in support of a Spanish Jewish employee, tenured since 1996 and now a senior official of the European Commission.