From drug addicts to fakers, and in the middle, the heroic truth.

By LAURA ROSBROW
Vietman War documentary 311
(photo credit: History Channel Screenshot)
Advertisement
"I'll tell you what question you shouldn't ask: Don’t make a comparison between fighting in Israel and Vietnam. Israelis are a homogenous group. You make friends that last a lifetime. I've never been in contact with anyone who's been in my unit for 40 years."For the first time, Jewish Vietnam War veterans that later immigrated to Israel, such as Arthur Regev, tell Israeli television their stories. The History Channel presents a new documentary series titled, Vietnam: The Israelis who Fought There, that will air on Sunday, January 22, 2012, at 10:55 p.m.The Vietnam War, which lasted from 1954 to 1975, is uniquely controversial in American history. Even though young men were obligated to serve in the army, so many dodged the draft that among the people who served, only one third was drafted; the rest volunteered. 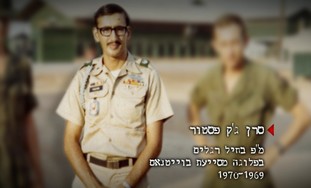 When the Vietnam veterans came back, few felt like they were treated as heroes. As Dr. Jack Pastor, a veteran interviewed for the series said, when he and his fellow soldiers came home, "we were labeled as crazy, drug addicts and criminals. Of course, I'm exaggerating." Many veterans, however, shared similar feelings of judgment. Regev reflects, "I returned in uniform and I didn't receive a very good welcome. I was no hero."The fighting was also particularly intense. As Regev states, "if you were in 'Nam, you were a fighter no matter where you were." In comparison to average infantry soldiers that fought in World War II, who served some 40 combat days a year, the average infantry soldier that fought in Vietnam put in approximately 240 combat days a year. Combine this with the war's unpopularity and you can imagine how difficult it was for veterans to come home.Most of the Jewish Vietnam War veterans interviewed moved to Israel soon after their service. Many moved to kibbutzim and many later served in the IDF. Their opinions about Vietnam, however, could not be more diverse. Talking to Pastor and Regev, it was almost like hearing about two different wars.Pastor is very proud of his military service in the 199th Light Infantry Brigade. He volunteered for the ROTC program, which prepared students who completed the program and their college degrees to be officers. Unlike Regev, he is still in contact with many friends that served in Vietnam. Although his Judaism did not play a major factor in Vietnam, he says "one reason I went into the army and served proudly in Vietnam was that my father was liberated from a Nazi camp by American troops, and I grew up with a sense of both admiration and gratitude. I felt some obligation to serve. I think America was right and I still do." 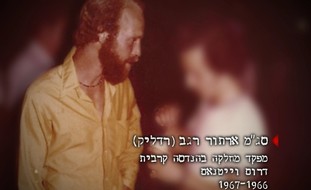 Regev's experience in the 36th Brigade of Combat Engineers, on the other hand, was the complete opposite. He says, "I felt betrayed. I felt like there was no reason to be there." Perhaps this was because he was drafted. More likely, it is because he witnessed much more death than Pastor. When asked how it affected his life afterwards, he said he has not cried in 40 years. His emotions became so shallow that by the time he served in the First Lebanon War, he remembers, "I was like stone. No reaction whatsoever. We were attacked by friendly fire on the first night. We had casualties. Someone's intestines spilled out of his body and I was just eating halva; I didn't feel anything."At this point in the interview, his wife, who was listening to our telephone conversation, pulled him aside. He said his wife wanted me to know that he has nightmares. However, he does not remember them.When I asked how she knew, he replied, "Because I scream. This happens about twice a month and it's getting less. She says because there's all this interest in the war, she's afraid it's going to come back."On top of Vietnam's already complicated story, both veterans also expressed a new challenge they are facing: people that fake Vietnam service. Both were amongst 19 veterans interviewed for Eric Lee's 1992 book, Saigon to Jerusalem: Conversations with Israel's Vietnam Veterans. Last year, the Associated Press discovered that there was no record that one of the interviewees, William Northrop, had ever served in Vietnam. When I asked Pastor why someone would fake this, he replied, "Two decades after the war, the attitude changed completely and all of a sudden, it was a mark of honor. A very disgraceful trend became clear with people that hadn't been in Vietnam claiming they had been, because it became sexy."From drugs addicts to fakers, the veterans who fought so hard in this war still cannot escape its controversy. If nothing else, watch Vietnam: The Israelis who Fought There to witness the challenging, moving, often misunderstood legacy of these veterans.Facts for this article were taken from the History Channel.Sunday, January 22, Premier on History channel:Vietnam Lost Films: EP.1 at 10 p.m.Special: "Vietnam: Israeli War Veterans" at 10:55 p.m.History Channel: YES 37 / HOT 42
Advertisement
Subscribe for our daily newsletter