Nothing funny about romantic comedies

Let's take a look at how a genre once marked by razor-sharp dialogue has been dumbed down to the point where a star's ab muscles can steal the scene. 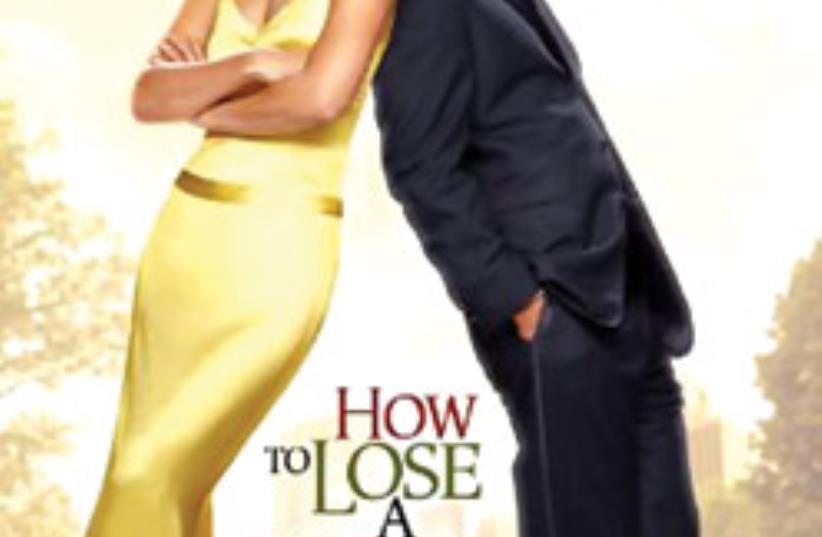 Consider the plot of this movie: A wealthy divorcee from a socially prominent family is about to remarry. Her first husband was from her own milieu, but the marriage broke up because, while he was witty and gorgeous, he had a drinking problem. Now she is engaged to a self-made man with political aspirations, her first husband's polar opposite. As the wedding day approaches, two uninvited guests turn up, claiming to be friends of her brother, who is off traveling. It turns out they aren't friends, but a reporter and photographer from a supermarket tabloid.

The bride, who loathes publicity, is persuaded to allow them to stay and do a story on her wedding, because the tabloid publisher has embarrassing evidence that her father is having an affair with a young dancer. The night before the wedding, the bride begins to realize that her groom-to-be is a humorless bore. At the same time, her ex tries to win her back and she thinks she may be falling in love with the tabloid reporter. Up until the last two minutes, the audience doesn't know whom she is going to marry.

Sounds like an enjoyable, contemporary film, doesn't it? But film buffs will instantly recognize this as the plot of The Philadelphia Story, a 1940 comedy starring Katharine Hepburn as the divorcee, Cary Grant as her ex and Jimmy Stewart as the tabloid reporter.

NOW CONSIDER this story line: A womanizing guy has a platonic friendship with a woman. When she gets engaged to a Scottish lord, she asks her old friend to be her "maid" of honor. He suddenly realizes that he has loved her all along and is ready to change his ways. But he must convince her quickly, before the wedding takes place.

If you know that it's Grey's Anatomy heartthrob Patrick Dempsey who plays the womanizer and that this is the plot of last year's Made of Honor, do you have one iota of doubt as to how this film will turn out? If you do, it's only because you have never seen a single movie in your life. There is not a moment of genuine suspense or wit in this film, and the wedding gown gives a livelier performance than any of the actors. Dempsey's character falls in love with the bride and decides he is a one-man woman simply because this will advance the plot to its inevitable conclusion most quickly.

Welcome to the dumbed-down universe of the romantic comedy, circa 2009. In this cowardly new world, there are only foregone conclusions, and what makes the films romantic is that the protagonists end up together, not that they seem to be in love or there is any spark between them. People may have called the studio-made films of the last century formulaic, but nothing is as mechanical as the plotting of today's comedies. In The Philadelphia Story, the bride has three suitors, all of whom are perfect for her in some ways and completely wrong for her in others. Clearly, it won't end neatly, since she can only choose one of them. But in recent films, no matter how mismatched the characters are, or how unsuited for marriage, they will pair off.

Before you dismiss this rant as simple crankiness or a lack of romance in my soul, take a look at the opening of New York Post critic Lou Lumenick's review of The Ugly Truth, which stars another Grey's Anatomy vet, Katherine Heigl, and is set to open here soon: "Romantic comedies are an increasingly debased genre... This is the sort of comedy that requires you not only to suspend disbelief, but your sanity as well."

He's right. Watching enough of these contemporary romantic comedies is simply a demoralizing experience. Let's compare another two recent and classic films on similar themes. In the 1940 film, His Girl Friday, based on the play The Front Page by Ben Hecht and Charles MacArthur, Rosalind Russell plays Hildy Johnson, a star newspaper reporter who has decided it's time to settle down with a nice insurance salesman, have babies and quit her job. But her ex-husband, editor Walter Burns (Cary Grant), can't bear to let his best reporter go. He gets her to cover one last story, a death-row interview with a mentally unstable cop killer who is being used as a scapegoat by politicians.

The political commentary is a subtext that blends seamlessly into the film. The entire story is told at breakneck speed, with one brilliant line after another. Here's Walter, for instance, trying to get Hildy back: "You've got the old-fashioned idea that divorce is something that lasts forever, till death do us part. Why divorce doesn't mean anything nowadays, Hildy, just a few words mumbled over you by a judge."

Although many things have changed in the newspaper business, this film captures the adrenaline rush of reporting, the reporters' constant struggle with long hours and low pay, and is as relevant today as it ever was.

Forget the fact that women's magazines don't even cover politics. Bedrock implausibility is one of the hallmarks of the contemporary rom-com. So she sets off to meet a guy, charm him and then dump him. Matthew McConaughey is a womanizing advertising executive who bets a client that he can get a woman to fall in love with him in 10 days, just as Hudson sets out to write her article. Naturally, Manhattan being the tiny backwater it is, the two meet just hours after making these resolutions. But what happens when they discover that they have truly fallen in love? I'm sure the suspense is killing you.

Kate Hudson and Matthew McConaughey are the Katharine Hepburn and Spencer Tracy of current movies. This comparison tells you all you need to know about the pitiful state of the genre. Hepburn and Tracy (who were a real-life couple) starred in such literate, witty comedies as Woman of the Year (she's a famous newspaper columnist, he's a less ambitious sportswriter), Pat and Mike (she's a star athlete, he's her coach), Adam's Rib (they play married lawyers on the opposite sides of a controversial case involving women's rights) and Desk Set (she's the head of a research library at a television network, he's the consultant brought in to computerize the library).

Hudson and McConaughey, on the other hand, have abdominal muscles that are more interesting and expressive than their faces (a lot has been written about McConaughey's awe-inspiring six-pack in particular). In their second outing together, Fool's Gold (2007), in which they are an estranged couple who reunite to find hidden treasure, the only thing you'll remember about the film afterward (besides their abs) is their beautiful, even tans. I'm not proud of this, but I'm actually convinced that my IQ went down at least 10 points watching this movie - that's how dumb it was. Forget getting back the two hours of my life I spent watching it - I should sue for the extra time it now takes me to do crossword puzzles.

SO JUST stay away from these comedies, you'll suggest. As a critic, I can't, but most reasonable people do (in the Fool's Gold audience, the average age was about 14). But why the steep decline in this particular genre? There are decent dramas occasionally, after all, and for those who like slapstick and gross-out humor, life has never been better. The blunting and dumbing-down of romantic comedy involves several factors. One is simply that comedy, and particularly sophisticated comedy, is not easy to create. There is a saying in the theater, "Death is easy, but comedy is hard."

Many actors known for their comedic talent can move back and forth between funny and serious movies (think of funnyman Jim Carrey in the Andy Kaufman biopic, Man on the Moon), but the reverse is rarely true. And, clearly, writing a good but subtle comic script is not easy. While I have cited examples of some of the best romantic comedies in movie history, even back in the day, there were many mediocre rom-coms, with forgettable stories and unbelievable characters. If you have access to the cable channels TCM or MGM, you can see lots of examples of these.

So they need movies that will look good enough based on an ad to sell all over the world, and anyone who's checked the movie listings in the paper recently will know that a disproportionate number of the movies that can fulfill these requirements of big, action films, aimed at 12-year-old boys, or those who think like them.

It's much harder to sell a complex comedy, particularly abroad, than a film that features many exploding cars. The comedy would need to be what executives call "execution driven," meaning if it isn't well done, it won't sell. Transformers 2 will sell whether it's as good as the original, better or much worse. As long as there's an action-packed trailer and a colorful poster, the studio will be able to sell it in advance and make back its money.

This need for an advance sale is partly due to the fact that movies have gotten so astronomically expensive and executives are understandably fearful of losing hundreds of millions of dollars. The other problem is that the corporate types who run studios often understand banking and Wall Street better than movies. They don't trust their own judgment when it comes to the films they themselves are making. So they rely on preview audience surveys to decide what changes to make in movies - it's moviemaking by committee.

IN THE old days, many of the studio films were formulaic, but everything made at them reflected the judgment of the man in charge at the top, the Louis B. Mayers, Sam Goldwyns, Harry Cohns, Jack Warners, etc. They may often have been rigid, but they knew what they liked and allowed a great many talented people to flourish, even if those people possessed quirky talent.

But has the audience for romantic comedy disappeared? Certainly not. But those who like intelligent comedy know where it is to be found today - on television, particularly the cable networks such as HBO and Showtime. You want a quirky comedy that features an intelligent heroine and is, at times, romantic - check on Weeds on Showtime, starring Mary-Louise Parker. And the HBO cable series Sex and the City, which ended a couple of years ago, will probably go on forever in reruns, due to audiences' desire to see intelligent, witty adults trying to make sense of their lives. Such recent series as Saving Grace, West Wing, Big Love and Entourage, none of which could be described as romantic comedies, all feature sophisticated writing, romance and humor, although they are just part of the package.

So if you want to bring some romance and a smile to your face this Tu Be'av, reach for the remote, don't head for the multiplex.