Have a cow, man

Carnivore mecca El Gaucho isn’t shy about where its fare hails from.

By ELIE LESHEM
FEBRUARY 14, 2010 12:03
Advertisement
What does a cow say? No, not “mooo,” but rather “pssssss” – the sound a side of steak makes when applied to the grill – at least according to Bernardo Blachovicz, CEO of El Gaucho, a chain of South American meat restaurants that takes its main staple very seriously, even when it comes at the price of having to crack a few morbid jokes on the side.If gruesome one-liners about the limited arc of the bovine life cycle don’t get your goat, and you’re the kind of person who can but frown with disdain upon a piece of beef that’s more medium than rare, a “Meat Workshop” at El Gaucho could prove to be just the thing. 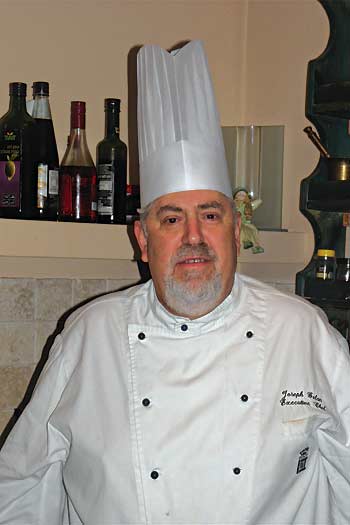 I recently attended one of these intensive learning sessions, which also included an experiential side in a full dinner, at the Jerusalem branch of the restaurant. The workshop, which lasted almost three hours, was given by Chef Yossi Golan, the chain’s head honcho and an avowed “expert carnivore,” according to the pages distributed at the beginning of the assembly.We covered everything – from the various parts of the cow, their numbers and names, to the recommended use of each cut of meat. We learned about the pros and cons of frozen and fresh, dispelling the myth that fresh is always best; apparently, Argentina’s flatlands make for a cow whose         Chef Yossi Golan.
meat is far more tender, even if you have to freeze it en
route to our more hilly neck of the woods. Then a representative of the Recanati Winery stepped into the “classroom” and gave a crash course on wine pairing, shedding light on the difference between red and white, Cab and Merlot, and even touching on the relative dearth of good Gewürztraminers in this country. The studied sommelier also dissolved some of the mystique surrounding many of the more esoteric wine-speak terms, including “body,” “tannins” and “finish.”But it wasn’t all fruity notes and banter. After given some time to decant, the wine was eventually poured (a Recanati Merlot, in case you were wondering), and we were treated to some steaming appetizers. The empanadas, chorizos and salchichas were all delicious, especially when taken with a bit of chimichurri sauce. At one point, the maitre d’ came into the room and, with a heavy Argentinean accent, asked if we were ready for the entree. Unimpressed with the meek show of hands, he took a conspiratorial tone, asking if “the men” were ready and noting that the ladies had probably already met their match with the bread and appetizers.When it finally came, the main course indeed proved to be a pièce de résistance, consisting of generous, appropriately rare entrecot, filet and asado steaks as well as chicken, which, although tasty, paled in comparison to its pinker plate-mates. Our wine glasses were constantly replenished throughout the evening, and the Merlot slowly proved to be a sensible, if unspectacular, companion to the meat, truly bringing out the best in its better half.Dessert was a nice faux-dulce de leche flan (for kashrut’s sake), but that’s really beside the point, isn’t it?    Upcoming Meat Workshops are scheduled for El Gaucho branches in Ramat Gan (February 7), Herzliya Pituah (February 8, 15), Haifa (February 14), Eilat (February 21) and Jerusalem (March 7). There is a minimum of 15 participants per session and a maximum of 22. Members of El Gaucho’s Carnivore Club are eligible for a NIS 40 discount off the regular NIS 269 price. For more information call 1-800-422-000.
Advertisement
Subscribe for our daily newsletter