From chicken soup to garlic, ginger and honey, find out which immunity boosting foods will help you battle colds and this year's horrid flu.

By KATHRYN RUBIN
Sneezing 311
(photo credit: Courtesy)
Advertisement
As the excitement of New Year’s Eve fades and the last glimpse of the holiday cheer dwindles, we are left with the few sole remaining sounds of winter:  Cough Cough and Achoo! That’s right; the dreaded cold and flu season is truly upon us.We all know that plenty of fluids, rest and vitamin C is the key to getting better – but they are not the only ones. Here's a list of some the top foods that will help to boost your immune system while alleviating some of those awfully unpleasant cold (and flu) symptoms.RELATED:
Healthy eating: New Year, new resolutions, new approach
Healthy eating: A New Year's countdown Chicken soup for the soul and the common cold:
Topping off our list of natural remedies is none other than “Grandma’s chicken soup.” By acting as an anti-inflammatory this magical broth helps clear clogged airways by speeding up the movement of mucous, relieving congestion and thereby reducing the time that the awful virus is in your upper respiratory track (nose and sinuses).Garlic, not just for fighting vampires: 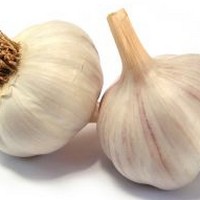 GarlicNo one likes garlic breath – including germs and viruses. Known as nature’s antibiotic, garlic cloves have been used for centuries as a natural herbal medicine to help ward of illnesses. The active ingredient allicin - responsible for the bulb's recognizable smell but more importantly for its immunity boosting, anti-viral and broad spectrum antibacterial properties - pushes this garnish straight to the top of home remedies list. While ideally, this “super food” should be crushed or eaten raw to absorb the most of its flu fighting oils, cooking it or mixing it in with other foods is still beneficial. Spice it up:
Fighting alongside Chicken soup as the number one “au natural” decongestant is of course Hot and Sour Soup or any spicy food containing hot peppers for that matter. Capsaicin, the natural ingredient responsible for giving these peppers their famous kick,  thins mucus and temporarily opens up your sinuses, clearing away congestion and allowing you to actually breathe (a sigh of relief).Go green:
Any hot liquid helps break up congestion when you have a cold and makes your sore throat feel a whole lot better; however, teas and in particular Green Tea have extra benefits. Green Tea leaves are loaded with antioxidants which boost your immune system and help you fight off illnesses. In fact, epigallocatechin gallate (EGCG), the main antioxidant polyphenol in green tea encourages the production of white blood cells which fight infection and viruses.
Yo go go:
This one may come as a surprise as milk products have earned a bad rep for causing increased congestion, but yogurt can actually be good for you when you are fighting off an illness. The active cultures (probiotics) in yogurt can boost your immunity system and help you battle infections by inserting healthy bacteria into the body, especially in your digestive tract where a lot of your immune function occurs. (On a side note, yogurt is especially important if you are taking antibiotics, which wipe out the bad bacteria along with the good).Ginger - the spice not the spice girl:
This sushi sidekick is a full on hero when it comes to battling illness. Praised for its many healing properties, ginger not only helps digestion and improves blood flow but most importantly (especially for people who suffer from sinusitis) it is a natural decongestant. Ginger effectively fights colds and their symptoms by breaking up congestion, reducing headaches and fevers as well as decreasing inflammation.Honey – nature’s penicillin 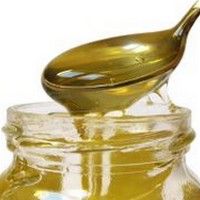 Honey
More than just a delicious gooey substance to coat apples, bread and desserts, honey has been used for thousands of years for its “healing powers”– specifically its antibacterial and antioxidant properties. However, it not only fends off influenza viruses, but it also helps alleviate some of the symptoms – namely that horrid cough that can keep you up all night.  Honey coats your throat and acts as a natural cough suppressant, so you can get the sleep you need to feel better the next morning.