Not exactly every woman

After a professional hiatus in which she spent quality time with her daughter, Whitney Houston is finally putting out a new album. 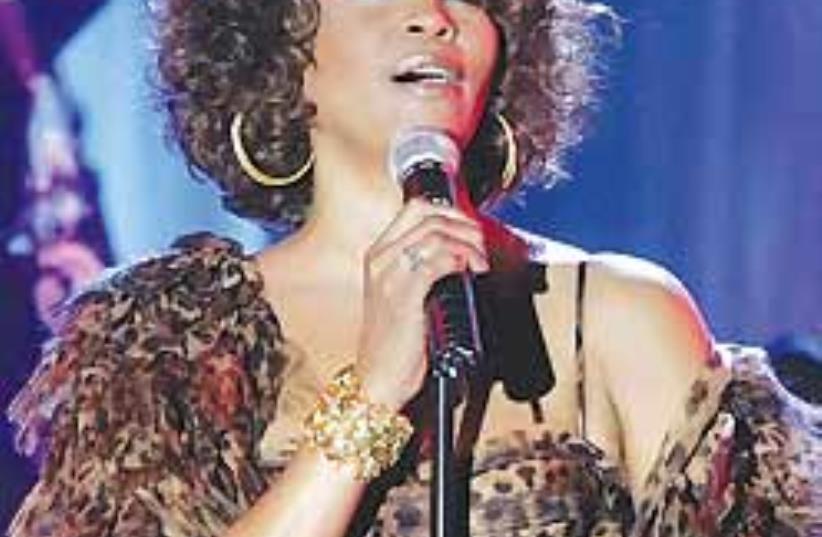 Whitney Houston says her daughter's support helped fuel her as she geared up for her comeback record.

The 44-year-old superstar is releasing I Look to You on September 1. It's her first album in years on Arista Records. On Tuesday evening, she premiered several tracks before an industry audience that included her only child, mother Cissy Houston, cousin Dionne Warwick, Alicia Keys and Diane Sawyer.

Houston is one of the world's best-selling artists of all time, but her career sputtered for years and her pop princess image imploded as she battled drugs and endured a troubled (and now defunct) marriage to Bobby Brown.

The singer did not allude to those problems as the reason for her layoff in her interview. Instead, she said she was more interested in raising her daughter than making another album.

"I kind of got comfortable with being left alone, just being a mom who would take her daughter off to school, and who would pick her up from school. I liked that vibe, I liked that feeling, because I never really had the opportunity," said Houston. "I was always traveling with her all the time."

She credits her mentor, music mogul Clive Davis, who worked with her on the album, with pushing her to come back to the recording studio.

"He called me one day and he said, 'It's time.' And I said, 'Time for what?' And he says, 'Time for you to come back and sing for us again,'" she said. "It's very special and I feel humbled to be asked to do it again and want to be heard."

Davis previewed nine tracks at the event, including one song cowritten by Alicia Keys and two by R. Kelly. David Foster, Diane Warren and Akon are also on the disc as writers and collaborators.

While Houston is enjoying her return to the music, she says she's not quite ready to be back in the spotlight again.

"I am not geared for it. It goes along with the territory. I'm still going to remain the very quiet, private person I've been for the last 10 years," she said. "I just want to be recognized for my music and for what it does and how it inspires people and how it makes people feel as opposed to talking about Whitney all the time kind of thing. That's all done, it's passed and I would just like to be recognized for my music."