Yaakov Katz is The Jerusalem Post's editor-in-chief. He previously served for close to a decade as the paper's military reporter and defense analyst. He is the author of "Shadow Strike: Inside Israel's Secret Mission to Eliminate Syrian Nuclear Power" and co-author of two books: "Weapon Wizards - How Israel Became a High-Tech Military Superpower" and "Israel vs. Iran - The Shadow War".

In 2012-2013 he was a fellow at the Nieman Foundation for Journalism at Harvard University and was a faculty member at Harvard's Extension School where he taught an advanced course in journalism. 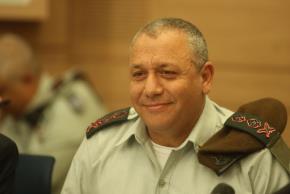 Time for a transparent IDF

Editor's Notes: Politics at our borders

Netanyahu sows division again: It’s ‘us or them’

Editor's Notes: A message of peace and rahma

Cut the politics: Regev, Messi and the BDS movement

Israel at 70: Time to be proud