Tension in Azerbaijan-Armenian conflict : Azerbaijani girl and her grandmother became the targets and victims of Armenian atrocity

The killed people as a result of the shelling of Alkhanly village of Fuzuli region by the Armenian Armed Forces were grandmother and her granddaughter, representative at the rural administration Ilham Israfilov told APA's Karabakh bureau. During shelling of the village from artillery installations and other heavy weapons, one of the shells fell into the courtyard of Salman Guliyev.

As a result of the explosion, Guliyeva Sahiba born in 1967, and her granddaughter Guliyeva Zakhra born in 2015, were killed, their relative Guliyeva Sarvinaz was seriously wounded.

All the latest statements and real actions of Prime Minister Serzh Sargsyan, including the brutal murder of Azerbaijan girl Zakhra and her grandmother once again prove that Sargsyan is an absolutely irresponsible and short-sighted politician. He remained the same terrorist who accidentally fell on the wave of Karabakh separatism to the forefront of Armenia's political life. In all his speeches far from diplomacy, the current Prime Minister of Armenia is trying to justify the aggressive and occupational policy of his country. In fact, with his "policy" he once again confirms that he remained the same fitter Sargsyan for whom diplomacy and international relations are completely remote concepts, which once again confirms his low level of political culture.

The process of mediation efforts for the settlement of the conflict between Armenia and Azerbaijan within the Organization for Security and Cooperation in Europe (OSCE) has been ongoing since February 1992. At the Additional Meeting of the OSCE Council of Ministers, held in Helsinki on 24 March 1992, a decision was adopted to convene as soon as possible a conference on Nagorno-Karabakh in Minsk under the auspices of the OSCE to provide an ongoing forum for negotiations towards a peaceful settlement of the crisis on the basis of the principles, commitments and provisions of the OSCE. 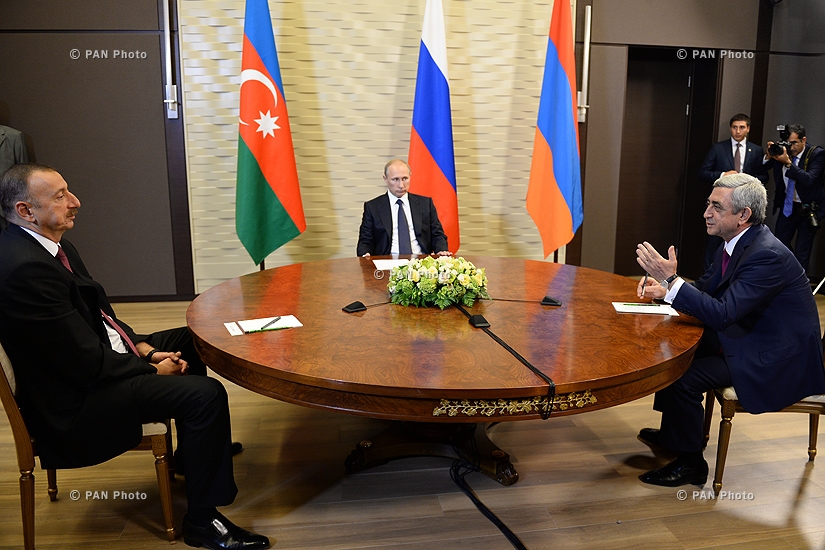 In general, the legal and political constituent for the settlement of the conflict is based on the norms and principles of international law, laid down in the UN Security Council resolutions 822, 853, 874 and 884 as well as in the appropriate documents and decisions of the Organization for Security and Cooperation in Europe (OSCE) and other international organizations. 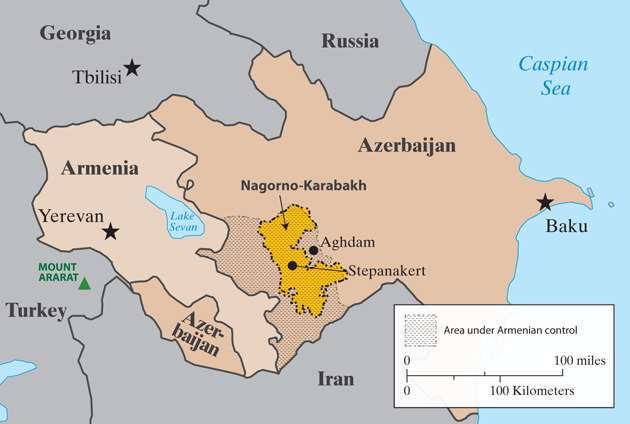 UN Security Council resolutions were adopted in 1993 in response to the occupation of the territories of Azerbaijan and reaffirmed respect for the sovereignty, territorial integrity and inviolability of the international borders of the Republic of Azerbaijan and all other States in the region. The Council demanded immediate cessation of all hostile acts, immediate, complete and unconditional withdrawal of occupying forces from all occupied regions of the Republic of Azerbaijan, and called for the restoration of economic, transport and energy links in the region, ensuring the return of refugees and displaced persons to their homes.

In spite of these demands and requirements, Armenian separatists continue their bloody terrorism. Republic of Armenia occupied 20 % of Azerbaijan lands creating more 1 million refugees and displaced persons and ethnically cleansing the remainder. Armenia is the only country in the world where terrorism and separatism are part of state ideology and modern Armenian politics.

The most terrible and immoral fact is that the ideologues, organizers and perpetrators of the atrocities and barbarities of the Khojaly act of genocide - the current Prime Minister of Armenia Serzh Sargsyan, the former Defense Minister of Armenia Seyran Ohanyan, and the former Armenian President Robert Kocharian and others continue to occupy high-ranking positions in Armenia today.

Khojaly, a town in the Nagorno-Karabakh region of Azerbaijan, still occupied today by the separatist and terrorist Armenian regime was home to nearly 25,000 Azerbaijanis. On the eve of February 25, 1992 Armenian armed forces began the final takeover of the area. As the entire town’s population began to flee Khojaly, Armenian armed forces and members of the No. 366 Soviet motorized rifle regiment confronted the townspeople with fierce gunfire. The terrified and unarmed population, including woman and children, were slaughtered. Because of the atrocities of the Armenian armed forces, 613 people have been killed and 487 people were crippled. The elderly, children and women who have been captured were subjected to unprecedented torture, abuse and humiliation…incidentally atrocities similar to that of ISIS today. Khojaly was not only directed against the Azerbaijani people. It is clearly, a crime against humanity.

Full responsibility for military provocation in the border of Azerbaijan occupied territories lies entirely on political military leadership of Armenia. I apply to the civilized world, which likes to speech about human rights and democracy. Zahra was simply a beatiful little girl in every aspect of the word. She was loved by everyone and her warmth and kindness will be remembered fondly. What was the fault of the 2-year-old Azerbaijani girl who was just beginning to live, did her first steps, began to learn how to say. She wanted to play toys, enjoy life, hug her father and mother, to be happy with parents, go to kindergarten and then to school.... Zahra will not have all that ... The Armenian fascists and terrorists cut short her life, they killed Zahra. The only fault of Zahra was that she was Azerbaijani...

Last April, the Azerbaijan army while suppressing an Armenian armed provocation, conducted a successful counter-offensive operation and liberated thousands of hectares of Azerbaijan land from Armenia. It is obvious that if the UN Security Council resolutions on Azerbaijan-Armenian conflict are not implemented, there will continue to be civilian casualties in the region of South Caucasus. It is unforgivable that civilians lost their lives and the heartbreaking news is that the little girl was the last victim of Armenian agression in the Fizuli district. There are numerous resolutions of the UN and they should be observed. The main question is still how to do it.

It remains to answer the question of how to implement these resolutions; otherwise, it is inevitable that there will be more victims that are innocent. This leads to the question of how seriously the parties involved are interested in resolving this conflict in accordance with international law.

The main goal of the Armenian political power is to prevent the resolution of the conflict. The last aggravation on the front line once again confirms that Armenia is simply not interested in peace. In a country where anti-Azerbaijaniism and anti-Semitism, chauvinism and nationalism, exaltation of the cult of fascist criminals are an integral part of state policy, there can be no desire for peace. For Prime Minister Sargsyan, the war with Azerbaijan, the continued occupation of Azerbaijani territories is a real opportunity to preserve its own political power. The last incident proved this once again. Along with this, this bloody incident once again confirmed the importance of changing the status quo. The world community should not turn a blind eye to the killing of innocent people ... The world must demand JUSTICE for Zahra ...