Ethics @ Work: Soccer is not a divine gift 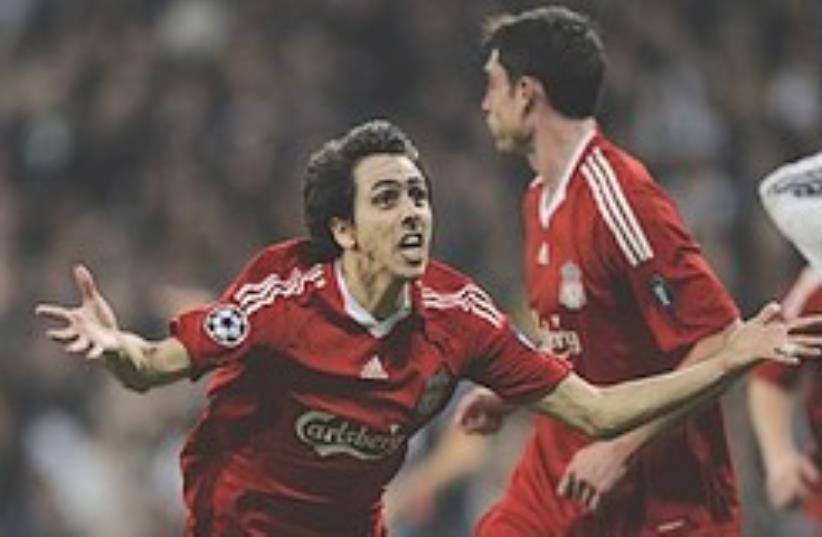 Benayoun celebrates after scoring against Real Madrid last season.
(photo credit: AP)
Advertisement
The English Premier League is one of the world'sleading and most lucrative soccer leagues. Its revenues stem primarilyfrom the sale of broadcast rights. Much to its dismay, a Web sitecalled livefooty.com, with some servers in Israel, began to streamPremier League games, allowing anyone with an Internet connection toview the games for free.

The Premier League acted to sue the Web site, butunfortunately was unable to find out who actually runs it. So it wentto court to compel the owner to disclose his identity. In the meantime,the site's owner is represented anonymously through a lawyer, and thecase reached court as Football Association Premier League versus JohnDoe. The league claims that the site is violating its broadcast rights;the site claims that since it is noncommercial and doesn't make anymoney from the broadcast, it is a protected use.

Tel Aviv District Court Justice Michal Agmon-Gonen declined totake action against livefooty. Her ruling is a classic example of allthat can go wrong when judges arrogate to themselves the role oflegislator.

The case presents subtleties on the narrow technical issues ofinternational jurisdiction and identity disclosure. But in her ruling,Agmon-Gonen sidesteps these issues and jumps directly to the broadestpossible understanding of the case. The case "arouses fundamentalquestions regarding intellectual property policy," she writes,including "the rights of the originator on the one hand and the rightsof the users on the other." Instead of quoting relevant legalprecedent, Agmon-Gonen begins by citing a number of general legal andeven popular works discussing this policy issue.

Setting an alarmist tone, she quotes the juristJeremy Waldron, who warns: "There's a danger whenever we extendintellectual property rights that we will restrict the freedom ofcountless ordinary individuals one by one." Even though Waldron istalking about legislating property rights and not adjudicating the onesalready legislated, Agmon-Gonen stretches Waldron's point beyondrecognition. While Waldron states that intellectual propertyjeopardizes ordinary people trying to enjoy "stories, programs andideas," Agmon-Gonen adds: "soccer."

The addition is far from obvious. There doesn't seem to be muchof a threat to freedom in allowing exclusivity for live broadcasts ofsoccer games. Culturally and artistically, games are more alike thandifferent. Even if we somehow accept that soccer games are like worksof art, their artistic value would seem to remain the same in reruns asin live broadcasts. The idea that access to major sporting events is abasic human right is a provocative and far-reaching one. ButAgmon-Gonen evidently goes even farther and believes that free accessto all sporting events - anywhere, anytime - is a facet of this right.

Agmon-Gonen is not reticent about her desire tomake policy; she states forthrightly and with minimal defense: "It isnecessary to establish a new balance [of rights] that will beappropriate for the digital/Internet age."

Agmon-Gonen also adds distributive justice to her list ofpolicy desiderata. She makes it clear that she considers it herresponsibility to guarantee access to soccer broadcasts to people oflimited means. As support for the right to inexpensive soccer games,she quotes a former Knesset member who expressed his belief thatlegislators (not judges) should act to keep Israeli (not English) gamesaffordable (not free).

Alongside my objection to judges making decisions on policygrounds, and admitting it, I consider the policy reasoning flawed. Iwould be against a law that allowed free Internet broadcasts ofproprietary sports events. (Such a law would in any case be againstIsrael's international obligations.) Making the games free because theyare desirable is counterproductive. The games are desirable preciselybecause access is limited. This enables the teams to obtain the revenueneeded for the high level of play, and it also creates the cachet thatmakes them prestigious.

To her credit, Agmon-Gonen does her best to find a legal basisfor her policy decision (after all, she is a judge). However, in myopinion, there is some questionable legal reasoning involved.

Agmon-Gonen decides that even though Israeli law recognizesbroadcast rights, streaming Internet access is not considered a"broadcast." The reason is that the law defines broadcast as somethingtransmitted "through wires or wirelessly." This is supposedly differentthan Internet, which evidently reaches your computer neither throughwires nor wirelessly but through some other medium.

To evaluate the judge's claim here, consider the usual criteriafor fair use: the public value of the use; whether the use istransformative and not merely derivative; the scope of the use; and theeffect on the work's value. Apply these criteria to an exact copy of anentire broadcast of an ephemeral sporting event made at the exact sametime as the for-pay original. It is clear that the Web-casts meetvirtually none of the criteria for fair use.

Even more than I disagree with Agmon-Gonen's policyprescriptions, and with her legal reasoning, I feel it is necessary toexpose and condemn the tendency of Israeli judges to view themselves aslegislators who attempt to set public policy in the courtroom.