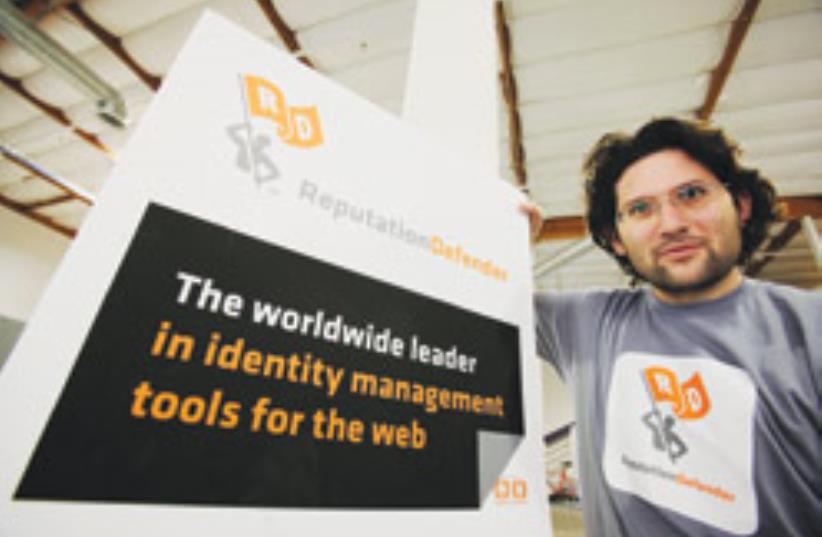 What she didn't mention is that she also owned the company selling the product she praised online, authorities said.

A growing number of regulators, trade groups and site owners arecracking down on so-called "AstroTurf" marketing - seeding the Internetwith seemingly grassroots testimonials, reviews and comments thataren't as organic as they seem.

The Federal Trade Commission told Holly Bacon, the owner of theherbal-remedy company, in a settlement last fall to tone down herclaims and change her promotional tactics. And last month, New YorkAttorney General Andrew Cuomo announced a $300,000 settlement with acosmetic-surgery firm he said had employees pose as clients to writeglowing testimonials and online journals.

The FTC plans to vote this summer on updating29-year-old guidelines on endorsements, making it clear they ban phonyonline reviews.

"While we did not have such a thing called blogs or Twitter orthe social media out there in 1980, the same principles abouttransparency and truth in advertising apply," said Richard Cleland,assistant director of the FTC's advertising division.

The European Union has responded by directingmember countries to ban falsely representing oneself as a consumer, andother trade groups and businesses are deleting suspect reviews andissuing apologies.

Still, some experts say it may prove difficult to enforcetraditional truth-in-advertising standards on the freewheeling,ever-expanding Web.

"We haven't worked out basic social and economic norms aboutthis, much less legal norms," said Lee Rainie, director of the PewInternet & American Life Project. "This is an environment where alot of the rules have been scrambled."

DUBIOUS TESTIMONIALS are nothing new - flip through a Victorian women's magazine.

But they have found a new, global venue on the Web, with itseasy anonymity and participatory, peer-to-peer ethos. Some 84 percentof Americans say online customer evaluations influence their purchases,according to an Opinion Research Corp. survey released in April. Thetelephone survey of 1,004 adults has a margin of sampling error of plusor minus four percentage points.

Flaps over online "user" reviews go back to the 1990s.Amazon.com pulled several customer reviews of the 1999 Monica Lewinskybiography Monica's Story that had been written by a political consultant and others who hadn't read the book.

In 2006, a furor erupted over a supposedly homespun blogchronicling a couple's encounters with enthusiastic Wal-Mart employeeson a cross-country trip - underwritten by a group funded by Wal-MartStores Inc. The group's public-relations firm, Edelman, tookresponsibility for the blog, or "flog," in critics' terms.

The prominent travel Web site TripAdvisor got attentionrecently for red-flagging a number of its 400,000 hotel reviews, sayingit suspected they came from hoteliers seeking to pump up their ratingsor knock down competitors'.

Electronics maker Belkin International Inc. apologized inJanuary after a sales staffer solicited people to write positive onlinereviews "as if you own the product" for a small fee; potential takersalso were instructed to mark negative reviews as "not helpful."

De'Longhi deleted - but defended as accurate - a dozen ravesabout its coffee makers on Amazon after they were exposed last month asthe work of a company marketing manager, according to The Wall Street Journal's The Wallet blog. De'Longhi did not respond to inquiries from The Associated Press.

Amazon's user-content chief, Russell Dicker, says the vastmajority of its tens of millions of user reviews are legitimate, andthe company works to sniff out fakes.

The plastic-surgery firm Lifestyle Lift Inc. baldly toldemployees to create "postings on the Web as a satisfied client,"Cuomo's office said.

The company has now agreed to make sure marketing materialreflects actual patients' comments and is clearly labeled as companysponsored. Cuomo said the settlement appeared to be one of the first tofocus on AstroTurfing.

THE FTC has said since 1980 that consumer endorsements must behonest opinions from actual customers, or clearly marked otherwise, andpayments or other arrangements that would affect the testimonial'scredibility must be disclosed. Proposed revisions to the guidelinesemphasize that online plugs aren't exempt and say that a worker whoposts a message about his company's product should "conspicuously"reveal his or her employment.

Some major Web retailers and consumer sites try to scrub out bogus reviews themselves.

Apple makes sure reviewers in its App Store actually own the applications they critique. Consumer Reportsallows only paid subscribers to post reviews on its Web site, thoughsome comment areas are less restricted. The British consumer siteReevoo.com doesn't allow unsolicited reviews at all; instead, stafferscontact buyers of various products to ask their opinions.

Now two full-time employees - one a former British policeofficer - troll its user forums for questionable posts. The site hasstopped covering some companies it branded repeat offenders and calledthem out publicly, despite protests that employees acted out of zeal orignorance.

"It became the only manner in which the problem could be dealt with," editor-in-chief Jeremy Horwitz said.

TRADE ASSOCIATIONS in the emerging fields of onlineword-of-mouth marketing and "reputation management" say they're eagerto stamp out tainted testimonials and are circulating ethics codes. Butthey acknowledge that economic pressures and the Internet's scantaccountability tempt some to bend the rules. Reputation-management company ReputationDefender hasbeen asked - and refused - to concoct both positive buzz and damagingattacks, said CEO Michael B. Fertik, who helped form his industry'sOnline Reputation Management Association.

Such requests often come from people who say they are being unfairly maligned online and can't trace the culprit, he said.

"They're feeling helpless," Fertik said. "I don't think all thepeople who are asking us to do fake reviews are coming from a place ofmalice."

The company's site still includes a testimonial - with a disclaimer noting that the writer stands to profit from a sale.