In his Father's Footsteps: Leaving the French army to serve in the IDF

Fifty years after his father served as an IDF Paratrooper, his son makes aliyah and volunteers for the same unit. 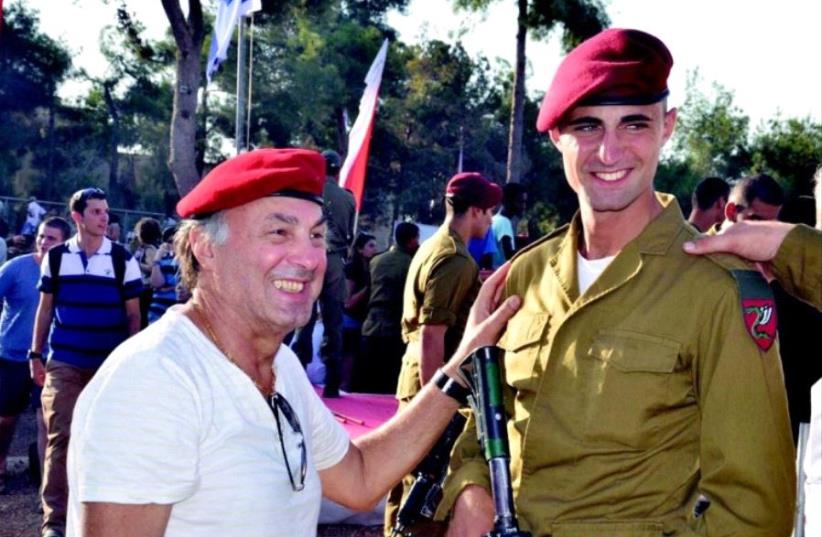 Axel Chetrit
(photo credit: IDF)
Advertisement
In the past Axel served as a military police officer in Paris, today he serves as a combat soldier in the IDF's Paratrooper unit. "The atmosphere in the French army is very different from the IDF. Who can hug their commander there?" said Staff Sergeant 26-year-old Axel Chetrit, explaining the differences between the two armies to Maariv Hashavua, The Jerusalem Post's sister Hebrew publication. On Independence Day Chetrit will be among one of the soldiers to receive the award of excellence from Israeli President Reuven Rivlin. Staff Sergeant Chetrit's personal story is moving. His father Jacque served as a paratrooper during the Six Day War. After his release from the IDF, he started a family in France. "I studied in regular French schools, but was always connected to religion because my grandfather was a Rabbi in Sarcelles, near Paris," Chetrit said. "Since childhood I was brought up as a Zionist. On vacations, I would visit Israel, I have family here and I've gotten to know many places and the way of life up close." Chetrit's military career began when he decided to join  the French army. "I was a military police officer for four years in and around Paris. I was involved in everything related to the fight against drugs, he explained.
What caused you to enlist in the IDF?"After my release from the French army, I had offers to do a number of different things. I had a girlfriend and we lived together. After we broke up I decided the time had come to do something special and I made Aliyah in August of 2013. I studied Hebrew and worked in the stables and landscaping at Kibbutz Na'an. Before Operation Protective Edge I decided to enlist in the IDF."
How did your parents react to your decision?"My mother was very proud, my father asked if I was certain of myself and if I would be capable of starting from the bottom, since I enlisted at a relatively young age. I would need to start over anew." Chetrit enlisted in the IDF in November 2014. After a three-and-a-half-month Hebrew course, he was accepted to try out for the Paratrooper Brigade. "I didn't want anything else. It was important to me to serve in the 101st battalion. During my father's service it was known as the 50th battalion. I wanted to serve where my father served during his time in the IDF."
What is the difference between serving in the French army and serving in the IDF?"The atmosphere is very different. The French army was a workplace with a salary. Here service is mandatory. Also the relationships between commanders and soldiers are different. In the French army, the work was very professional. There was distance between commanders and soldiers and there was more discipline. The mentality is completely different. Who can hug their officer there?"
How was the training course?"The course was difficult, but at the same time tremendously satisfying. From the beginning I had a difficult position in the squad, with a machine gun, which is much more difficult and complicated. I did an 11-month-course. After that, we had war training exercises and left for our active station. We were in the north on the Lebanese border, Tziporan outpost, Mount Dov, in the south and Nablus."
Whats next?"I'm being discharged in November. As a new immigrant I could have served less time, but I wanted to serve like everyone else — three years. After my release I'm going back to France."
How are you feeling?"The feeling of wearing an IDF uniform and red beret is one of immense pride. Being a paratrooper means a lot of things. We are very close to each other and everyone is always ready to fight to the end. We are very good friends in the platoon. People don't realize what we do on a daily basis [when they see us] in the street wearing clean uniforms and red berets. I go from active combat duty in Nablus to Tel Aviv. It's two different worlds."
What was the feeling like to be selected as an outstanding soldier?"I'm not accepting this award as a personal achievement, but as a representative of the battalion. I'm very excited. The award of excellence doesn't mean anything, but its nice and a great honor for my parents."