Knesset C’tee calls on Defense, Public Security Ministries to officially adopt regulations regarding children whose homes are to be demolished.

By LAHAV HARKOV
DECEMBER 20, 2011 15:38
Migron Demolition 311
(photo credit: Marc Israel Sellem)
Advertisement
The Defense Ministry refuses to cooperate with efforts to minimize harm to children who are evacuated from outposts, Knesset Committee on the Rights of the Child Chairman Zevulun Orlev (Habayit Hayehudi) charged on Tuesday.Orlev, the only MK in the meeting on children in outposts, demanded that government ministries work together on regulations dealing with evacuations. Should they refuse to do so, he said he plans to draft a bill on the matter.RELATED:
Gov't brokers deal to prevent outpost demolitionOrlev said the Public Security Ministry asked to delay the discussion, but he refused unless all outpost evacuations were delayed until the treatment of children was regulated. In addition, no Defense Ministry representatives attended the committee meeting.Noa Weinstock Asis, representing the Public Security Ministry, said the issue is important, but that the Defense Ministry refuses to cooperate, despite the fact that evacuations are the army’s responsibility, while the police is often called in to help. 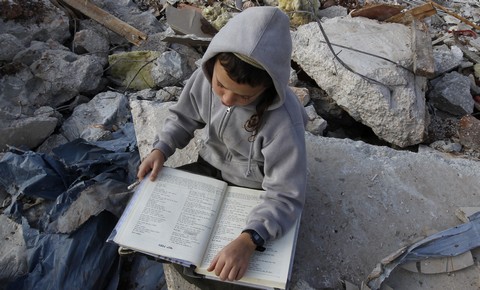 Orlev responded that it sounds like the police is trying to avoid blame, and should be open to adopting solutions.Residents of Migron, where three homes were evacuated in September, described the damaging effects on their children to the committee.Avital Gefen from Migron said that her two-week-old son stopped breast-feeding after their home was demolished, her three-year-old went back to using a pacifier, and her older children regressed to wetting the bed.Although the IDF does not publicize when evacuations are to take place, the information is usually leaked to settlers, Orit Struck, chairwoman of Human Rights Organization of Judea and Samaria, said. Therefore, it would make more sense for the IDF to tell settlers in advance, rather than come into their homes in the middle of the night. This way, grandparents can pick up their children so they would not have to be pulled out of their homes, Struck suggested.At the end of the meeting, Orlev said the Public Security and Defense Ministry must accept the “Beit El Regulations,” which were presented by the Beit El Local Council to relevant police and IDF officials in 2009. At the time, the police agreed to adopt the regulations for a trial run.The “Beit El Regulations” explain that officers and soldiers should not forcibly remove children from their homes or separate babies and toddlers from their parents during an evacuation. Additionally, they should avoid violence when children are nearby.The document also lists symptoms of trauma in children, who should be observed and treated by social workers after outpost demolitions.Should ministries refuse to accept the “Beit El Regulations,” Orlev said he will turn them into a bill with cooperation from Knesset Speaker Reuven Rivlin.