By REUTERS
Northern Lights 390
(photo credit: REUTERS)
Advertisement
Time-lapse images recently captured by cameras on the International Space Station show the glowing Aurora Borealis in the night sky above earth.Known as the Northern Lights, the green Aurora Borealis light show could be seen above Mexico and as far north as Canada during the period from January 25-30. 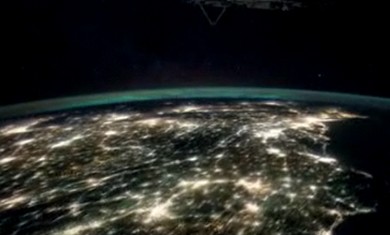 Using both still and video cameras on board, astronauts took the images, which technicians on the ground digitized into time-lapse videos. The video sequences were provided by the Image Science and Analysis Laboratory at NASA's Johnson Space Center.The Northern Lights are produced by intense solar activity. They are not normally seen above the continental United States.