Hokusai and Hiroshige find a home in Haifa

The story of how the Tikotin Museum of Japanese Art came to be in Israel has elements of both ‘The Diary of Anne Frank’ and ‘The Maltese Falcon.’

By CARL HOFFMAN
JUNE 18, 2010 19:32
netsuke horse 311
(photo credit: Courtesy)
Advertisement
Felix Tikotin lived a life that today seems almost larger than life. Born 1893 in Glogau, Germany, to a comfortable Jewish family whose ancestors are said to have followed Napoleon’s army to Germany from a town in eastern Poland called Tikocyn, the young man grew up in Dresden. There, he became friendly with a group of artists, found himself fascinated by art, and decided to become an artist himself. Tikotin’s family, however, did not share the young man’s enthusiasm for art as a lifestyle and got him to agree to study architecture for a career. Tikotin thus duly studied architecture in Munich and began to work as an architect.The heart wants what the heart wants, however, and on a trip to Paris, Tikotin saw some noted collections of Japanese art and was virtually swept away. As the story goes, he began, from that moment, to collect every piece of Japanese art he could get his hands on. World War I intervened, and Tikotin, at the age of 21, became an officer in the Kaiser’s army. He fought first on the Western front in Belgium, and later in the East, in Galicia. After the war, he was able to fulfill his long-cherished dream of traveling to Japan on the Trans-Siberian Railway. This became the first of many trips to Japan, and he returned from it with loads upon loads of Japanese art works. Having abandoned any hope – or, indeed, desire – to work as an architect, Tikotin realized that he had somehow to make a living, and began to import Japanese art to Germany for sale. As his success as an art dealer grew, so did his reputation as an expert on Japanese art and culture.In the midst of the cultural maelstrom of pre-Nazi, Weimar Republic Berlin, Tikotin opened a gallery of Japanese art in April, 1927 with an exhibition called “Demons and Ghosts.” Exhibition followed exhibition, and Tikotin and his gallery gained an international reputation. So great did that reputation become that in 1932, Tikotin was approached by Dr. Otto Kümmel, a member of Berlin’s city council, director of the municipal museum, avowed Nazi and close associate of Dr. Josef Goebbels. Kümmel asked Tikotin to organize a collection of Japanese art to represent Berlin at a major exhibition in Copenhagen. Tikotin packed up most of his private collection and in February 1933 brought the artworks to Copenhagen.The Reichstag fire occurred on February 27, and Berlin’s streets erupted in violence, with mass arrests of Communists and other perceived enemies of the state. Tikotin was advised by friends not to return to Germany. One friend went so far as to pack Tikotin’s art collection and send it – not back to Germany as Tikotin expected, but to the Netherlands. The few pieces that had remained behind in Germany were sent for and then dispatched to join the rest of the art work in Holland. Thus Tikotin and his Japanese art collection settled in Amsterdam, where Tikotin met 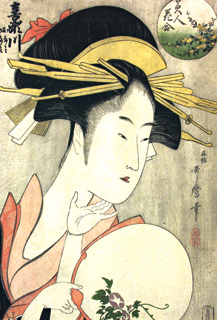