By elana kirsh
FEBRUARY 10, 2012 09:57
Numbers Crunch 311
(photo credit: Mrkay Design)
Advertisement
JPost readers were split down the middle on Israel’s decision to temporarily cut tax fund transfers to the PA, according to a quick vote taken this week. Just over 40 percent of some 2,000 respondents saw the move as justified, while a further 40% predicted that the decision would severely stunt the growth and future independence of a Palestinian state.

Across the Middle East, meanwhile, over half of the top Twitter trends in the region were in Arabic this week, particularly in Egypt and Saudi Arabia. Interestingly, the majority of the top trends in Syria were still in English, a week after the micro-blogging site began rolling out right-to-left languages. 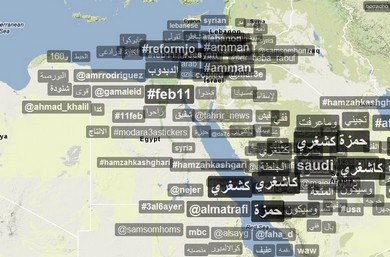 On JPost.com, readers returned to the topic of the Iranian threat this week, with four of the top five stories on that topic, and one on ongoing violence in Syria. The readers trend followed international rhetoric, which has been increasing in intensity in recent weeks.JPost Top Five most-read stories:

1. US anxious over possible Israeli plans on Iran
2. Khamenei: We’ll back any nation fighting Zionist regime
3. Iran warns neighbors not to facilitate strike
4. Barak: If sanctions fail, Iran must be hit
5. US ‘disgusted’ at Russia, China UNSC veto on SyriaTalkbackers’ interests seemed to be in line with visitors to the overall site, with three of the Top Five stories in common, and four relating to Iran. Jerusalem Post senior contributing editor Caroline Glick’s Column One got JPost readers talking, as is often the case.JPost Top Five most-active threads:1. US anxious over possible Israeli plans on Iran
2. Khamenei: We'll back any nation fighting Zionist regime
3. Column One: Fool me twice
4. Iran warns neighbors not to facilitate strike
5. Report: Iran threats against Jewish targets in US growingIn video news, Israelis showed an interest in sports, with a clip of an awkward own goal by Maccabi Umm el-Fahm’s Ashraf Soliman. One version of the clip uploaded to YouTube garnered over a quarter of a million views in less than 24 hours.And lastly, some stats from the Super Bowl this week, thanks to Twitter:• The Tweets per second peak during the game was 12,233, up from just 27 in 2008
• The spike occurred in the last three minutes of the game
• The overall TPS for the game was 10,000
• Madonna’s halftime performance pulled an average of 8,000 TPS, with a peak of 10,245
From news sites to blogs, tweets to videos, The Numbers Crunch is a weekly column which zooms out and brings you the big picture online, from Israel, the Middle East and around the world, and poll results from JPost.com.The writer is the Internet desk manager at The Jerusalem Post.