The myths of other peoples’ journeys through the wilderness resemble the story of Succot.

By BEN HARTMAN
SEPTEMBER 30, 2012 11:02
Pre-Columbian dancing 370
(photo credit: Edgard Garrido/Reuters)
Advertisement
The nomadic people slowly wandered through the barren deserts for decades, eking out a meager existence from hunting and gathering. Occasionally, they would stop near sources of water and set up their temporary dwellings, sucking the area dry of its food and water supply before moving on to the next piece of parched earth.This existence came to an abrupt end when they came upon a verdant valley with rivers and lakes, where food was abundant and water plentiful. The holy men said the omens positively showed this was the land they were promised by the heavenly powers and so they set out to settle it, over time building great cities and holy temples.But these people were not Jews and the land they came upon was not Canaan. Rather, they were the Mexica, better known as the Aztecs, and the land they came upon was the Valley of Mexico, where they would eventually found their capital Tenochtitlan in the 14th century in a marshy area of Lake Texcoco.

Click for more JPost High Holy Day featuresIt was a land with plenty of honey, but no milk – there were no cows in pre-Columbian America. Nevertheless, as Jews across the world set up booths and canopies outdoors to celebrate the holiday of Succot and mark the Israelites’ 40-year journey after the Exodus from Egypt to the land of Canaan, it’s worth remembering that Jews are not alone in commemorating a storied time of wandering, when they trudged through the wilderness, sent by divine edict to find the land that would become their home.The Mexica originally hailed from a mythical land called Aztlan, far north of the Valley of Mexico. They began migrating south around the 11th century BCE because of drought and eventually arrived in the valley around 1200 BCE.Like many other wanderers before and after, they set down roots in a land that was not empty, and clashed with the earlier inhabitants. Eventually, after over a hundred years in the valley, Mexica myth says that the god Huitzilopochtli told the tribal leaders that they would find a place to settle where they would see a giant eagle perched on a cactus with a snake in its mouth, the image that adorns the Mexican flag to this day.For Raanan Rein, the vice president of Tel Aviv University and the Elias Sourasky professor of Latin American and Spanish History, the story of the Aztec wandering shares many common tropes with other peoplehood myths from around the world.
“Many other tribes reach Lake Texcoco mainly because of economic reasons or because they are pushed there by stronger tribes. But the story they [the Mexica] tell later to themselves and others is not one of forced migration, [but] rather one of a move that came after some sort of divine command to migrate toward a promised land,” Rein explained.He said the Aztec’s description of their journey as resulting from a divine edict is “in keeping with narratives that groups of different immigrants create in order to give themselves legitimacy in their place they live and to create a stream of unbroken belonging to that territory.”According to Rein, such stories are common to Latin America, where myriad immigrant groups –including Jews, Chinese, Arabs and Japanese – have adopted stories and folklore that seek to give themselves an antiquated sense of belonging to the countries that their forefathers may have reached only a few generations before.“Mexicans of Chinese background have a crypto-claim that in the ancient times, there was a naval battle where some sort of divine wind saved the Chinese navy and sent ships and sailors eastward in the direction of Mexico, and then by the time the Aztecs started their empire, there were already Chinese there. For Peruvians of Japanese descent, there was some sort of myth that the Inca were a lost tribe of the Japanese, and not that the Japanese went there because the empire sent people there in the 19th and 20th centuries because of demographic reasons,” Rein said.“Since Adam and Eve left the Garden of Eden, human history is defined by population movements and immigrations. For individuals and groups, they prefer always to describe their movement to a new territory as a choice, but also to give it a divine seal of approval to the move that brought them to a new place. This serves as a sort of claim of authenticity and presence in the place or at the least gives them legitimacy as a privileged people of one sort or another.”While Rein said he did not know of any sort of national holiday in Mexico that commemorates the southward migration to Lake Texcoco, he said the story is commemorated on a daily basis in the symbols of the country.“If you look at the symbols, you’ll see how they made the eagle and the snake into the collective symbol of Mexico. This is in order to remind people from day to day of the fact that we made a journey to a promised land because we are a chosen people who was sent here by god.”On the other side of the Atlantic, far closer to modern times, the Boer people of what is today South Africa set out on the infamous Great Trek, a series of journeys eastward in the 1830s and 1840s that became etched in the collective memory of the Boers.Dr. Lynn Schler, the head of the Africa studies program at Ben-Gurion University of the Negev, said that the trek is in many ways a founding myth of the Boer people, replete with biblical themes. 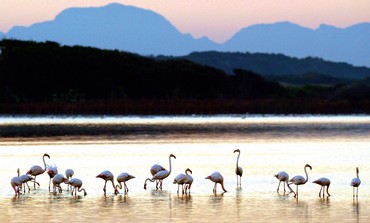 “This is the moment in history when the Boers went out to free themselves from British rule, and at the time, the British couldn’t care less, they let them leave. But they see themselves and this trek 100% as their “Exodus,” and they take on these biblical themes of leaving behind slavery and the tyranny of British colonial rule.”Schler said the hardships and battles that took place during the trek became part of a collective founding myth that helped forge a sense of divine belonging to the land their forefathers had settled.“They saw themselves as the chosen people, ordained by God to live in South Africa and rule over the native people too because of the natural order of things,” Schler explained.Historians say other factors that led to the Great Trek include a desire for more fertile farmland and increased population pressures, neither of which would fall under the category of “divine inspiration.”By the time the Great Trek began, the Boer people had been migrating east of the Cape of Good Hope for a century and a half, but never in a massive and organized way like during the trek. The trek led to the founding of a number of Boer republics, including Transvaal, the Orange Free State, and the Natalia Republic.Along the way, the “Voortrekkers” (“pioneers” in Afrikaans) clashed with native peoples who didn’t buy into the idea of the Boers’ divine providence over the land, leading to battles that themselves became etched into the history of the Boer people, providing further mortar for their sense of belonging to the land. Furthermore, while wagon carts aren’t exactly tents, or succot, they did become a symbol of the Great Trek, and of the Boer people.“Some of the confrontations they had with the native people, particularly with the Zulu, became part of their national myth. As they go [east], they take their wagons, and organize them in these big circles, forming many movable forts where the women and children protect themselves and prepare rifles for the men, and these fortresses enable them to overcome armies of thousands.”In fact, one of the most important Boer holidays is the Day of the Vow, a public holiday later changed to the Day of Reconciliation after the end of Apartheid. The holiday commemorates the victory by a 470-strong force of Voortrekkers against around 12,000 Zulu warriors at what became known as the Battle of Blood River. Heavily-outnumbered, though using firearms against an enemy that wielded only spears and sticks, the Boers saw their victory as occurring against all odds, and nothing short of heavenly intervention on behalf of a chosen people.Schler said that to this day, the trail of the Great Trek is dotted with monuments to pioneers long past, and that the founding myths written on the way out east took on biblical themes that, like others, drew their inspiration from the past.“Many other peoples take on these biblical themes as well; it’d be interesting to see where the Jews got theirs from as well.”
Advertisement
Subscribe for our daily newsletter