While cheesecake is pretty much a staple at Shavuot, there are plenty more dairy options to choose from. 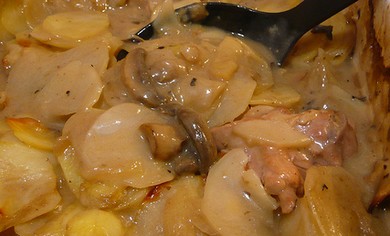 Preheat oven to 350 degrees. In a large skillet, melt butter over medium-high heat. Add mushrooms and garlic and sauté until mushrooms are lightly browned – 3 to 5 minutes. Add wine and bring to a boil; reduce heat and simmer for 10 to 15 minutes, until most of the liquid has evaporated. Remove from heat and stir in cream cheese until melted. In another skillet, melt 2 tablespoons of butter over a medium-high heat. Add onion and reduce heat slightly. Cook for about 15 minutes, until onions are caramelized, stirring frequently.Grease a deep 9 x 13-inch pan. Arrange potato slices along the bottom and sprinkle with salt and pepper. Top with mushroom mixture, then caramelized onions. Pour whipping cream over all. Sprinkle with cheese. Cover and bake for 40 minutes. Uncover and bake an additional 20 minutes.Chocolate Truffle CheesecakeIt wouldn’t be Shavuot without it.Crust:
1-½ cups vanilla wafer crumbs
½ cup powder sugar
1/3 cup cocoa
1/3 cup melted butter or margarineFilling:
2 cups semisweet chocolate chips
3 (8 ounce) packages cream cheese, softened
1 (14 ounce) can sweetened condensed milk
4 eggs
2 teaspoons vanilla 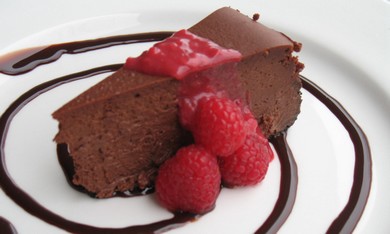 Preheat oven to 300 degrees. Stir together crust ingredients and press into the bottom of a 9-inch springform pan. Refrigerate while preparing the filling. Melt chocolate chips and stir until smooth. Beat cream cheese until fluffy. Beat in sweetened condensed milk, then melted chocolate, then eggs one at a time and finally, vanilla. Pour into prepared crust and bake for about 65 minutes. Cool on wire rack. Run knife around edges and remove sides. Keep refrigerated.Follow @JPost_Lifestyle