Ashtrays invite themselves to the beach

“We are not against the smokers. We just want them to keep the beaches and the streets clean." 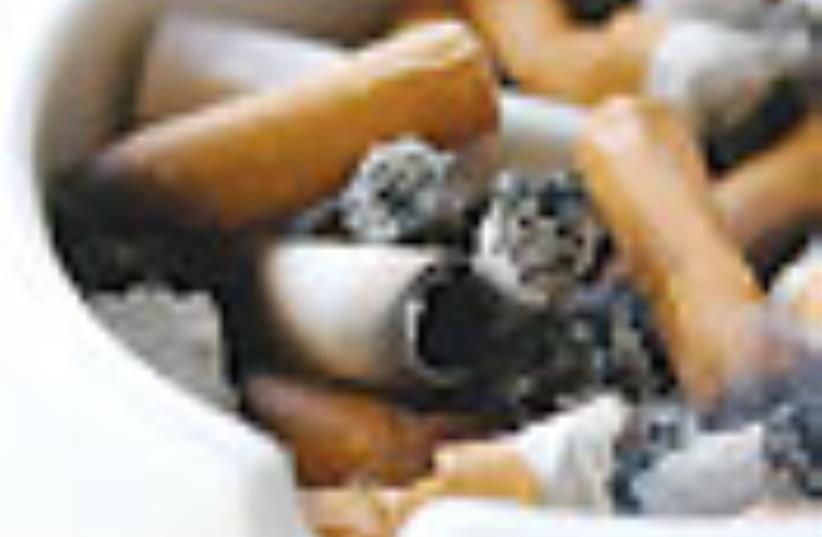 cigarette butts 88
(photo credit: Courtesy)
Advertisement
With the opening of the bathing season and the return of lifeguards to the beaches, the nonprofit organization For a Butt-Free Country and the Tel Aviv Municipality have launched an ecological initiative to battle cigarette litter.This past weekend, on Hametzitzim beach – named for the classic 1972 comedy starring Arik Einstein and Uri Zohar – blue cones could be seen planted in the sand. These were, in fact, ashtrays, placed by volunteers from the organization.Dressed in hats and T-shirts printed with slogans against the damage caused by cigarette butts, the volunteers approached swimmers, inviting them to buy an individual ashtray for NIS 10, or to take a free blue cone with the stamp of the Tel Aviv Municipality – as long as they promised to bring it back afterward.However, some people felt this was too big of a hassle.“It’s too much for me to take it and to bring it back,” said one woman. According to Nofar Goren, one of the volunteers, this is just part of the battle.“Our main goal is to encourage the use of ashtrays, but sometimes it is a bit difficult to educate people in Israel,” sighed Goren. “People don’t understand how dangerous and nonenvironmental [cigarette butts] are. Butts don’t biodegrade and contain 200 known poisons.”According to a report by the Health Ministry for 2007-2008, Israelis consume about 4 million packs a year – about 8 billion cigarettes.The project was initiated by Hanan Shteingart, who was fed up with the cigarette butts on the beaches. He contacted agronomist Yair Volovitz, who, having master’s degrees in environmental science and business administration, was well-versed in environmental protection.“Hanan convinced me that ‘a country without cigarette litter’ was something achievable among the many ecological problems that exist,” Volovitz told The Jerusalem Post.
Together, they launched the initiative in 2007, investing their ownmoney to make it happen. Gradually, they succeeded in getting more andmore people involved, repeating their operations on different beaches.“The participation of the municipality is a real achievement,” Volovitzsaid. “They said they would put giant ashtrays in the streets. I hopethat will happen; I am optimistic. This our mission to push it.”He said that the campaign was still new and that the organization was looking for more sponsors and volunteers.According to Volovitz, For a Butt-Free Country aims to benefit both nature and the public.“We are not against the smokers. We just want them to keep the beaches and the streets clean,” he said.
Advertisement
Subscribe for our daily newsletter