Esmahan Ouda was run over near the Morasha-Yarkona Bridge outside Petah Tikva last week. 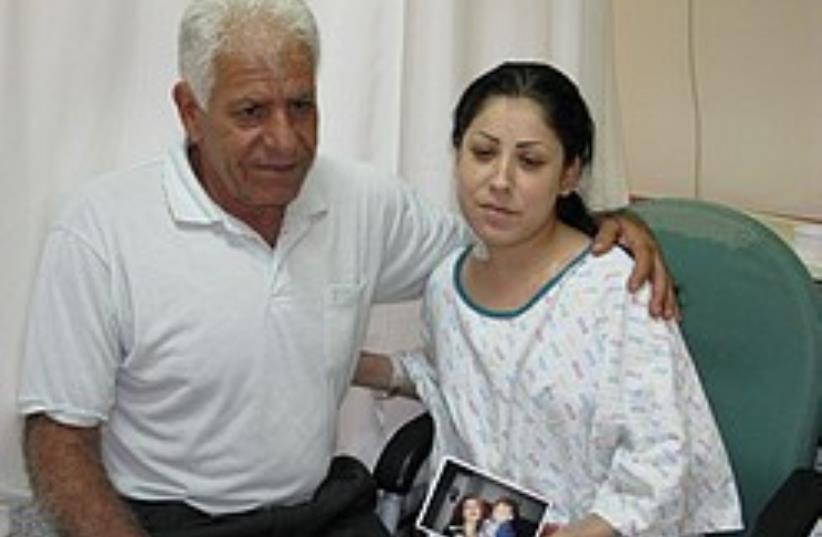 The family members of a 35-year-old Arab woman who was killed in a road accident by a negligent driver have donated her organs for transplant, telling Rabin Medical Center-Beilinson Campus doctors that they want them to go to anyone who urgently needs them, Arab or Jew.

Organ donations are not very common among Muslim families.

Esmahan Ouda, a single woman from Jaljulya, an Arab town east of Hod Hasharon, was critically injured when her car ran out of gas near the Morasha-Yarkona Bridge outside Petah Tikva last week. A young driver ran her over in what the Israel Police said was negligence. The driver was arrested.

At Beilinson, she went into brain death, and the organ donation coordinator asked the family, also from Jaljulya, if they would give their consent to donate organs.

"We consulted with the mufti of Jerusalem, and he agreed," said Farouk, an uncle of Ouda's, said Sunday. "We all felt it was a very important good deed to save other human lives.

Esmahan's mother underwent a cornea transplant a decade ago. The family has been through tragedy before: In 1983, the young woman's sister drowned and died and another sister survived a serious road accident in 1996.

Esmahan worked as head of the marketing department of the Wissotzky Tea company, said Farouk, who is an insurance agent.

Following a decision by Israel Transplant, her liver was donated to save the life of a woman in her 50s at Hadassah University Medical Center in Jerusalem's Ein Kerem; one kidney went to a 17-year-old girl at Schneider Children's Medical Center and the other to a 26-year-old woman at Beilinson. Her corneas were transplanted at Beilinson as well.