Scientists on the lookout as large birds begin to 'invade' 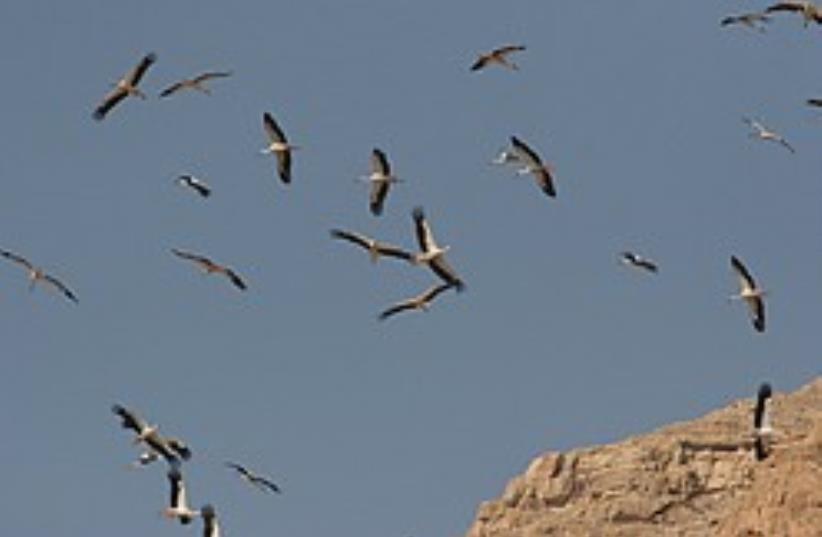 Storks migrate over the desert.
(photo credit: Photo: Courtesy International Center for Bird Migr)
Advertisement
The bird migration season - which brings hundreds offoreign birdwatchers to Israel but is a headache for the air force andBen-Gurion Airport - has already begun, according to the theInternational Center for Bird Migration Research at Latrun, which isrun jointly by Tel Aviv University and the Society for the Protectionof Nature.
The center's radar facility at Yad Lashiryon inLatrun warns the airport and the air force about the movements of thelarge birds, which travel south from Europe and Asia in the fall,passing over Israel to spend their winters in Africa, and vice versa inthe spring.
Dr. Leonid Dinevitz, an immigrant scientist from the formerSoviet Union who used to be a general in the Russian army, operates theradar equipment that he brought with him from his native country.
The storks and other feathered creatures that fly over Israelcause nervousness among pilots. They also attract large numbers ofIsraeli and foreign bird-lovers to the Hula Valley, where the birds arefed and take a rest before flying on.
Advertisement
Subscribe for our daily newsletter