By YONI DAYAN
AUGUST 16, 2012 19:08
Burgas accomplice 370
(photo credit: Courtesy Bulgaria Foriegn Ministry)
Advertisement
The Bulgarian Interior Ministry on Thursday released images of a second man linked to a July 18 suicide bombing in Burgas that killed five Israeli tourists and a Bulgarian bus driver. The images were accompanied by a request to the general public for information on the suspected terrorist.The Bulgarian ministry said that there was evidence the man, who may have used a number of aliases during the planning of the attack, was using a false drivers license from the US state of Michigan.The ministry provided front and back photos of the license, which was registered to “Ralph William Rico” from Grand Rapids, Michigan. The ministry also released a computer-generated portrait of the man. 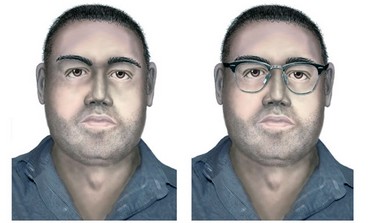 Computer-generated image of accomplice
The ministry did not provide detailed information on how the man was connected to the terrorist attack.A joint Bulgarian-Israeli investigation is under way to identify the accomplices of the suicide bomber, who died in the attack. Earlier this month, Bulgaria released a computer-generated image of the face of the suicide bomber, verified to 95 percent accuracy, which they hoped would help with the ongoing investigation.Israel has said Hezbollah and Iran are responsible for the attack. Iran denied the allegation, though its President Mahmoud Ahmadinejad later hinted that his country was behind it.“They have indeed succeeded in inflicting blows upon us more than once, but have been rewarded with a far stronger response,” Ahmadinejad said last month.A few days later, Iran’s ambassador to the United Nations claimed Israel was behind the bombing. 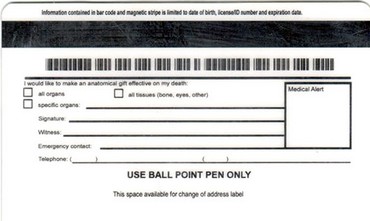 Back of accomplice's Michigan driver's licenseIsraeli political and military leaders said a response to the terrorist attack would come at a time of Israel’s choosing, suggesting a possible covert strike against those behind the atrocity.Iranian Foreign Ministry spokesman Ramin Mehmanparast said Wednesday that his country is against any form of terrorism worldwide in response to accusations by British Prime Minister David Cameron that Tehran was involved in the terrorist attack in Burgas.“These claims are mostly made due to the internal problems of the Zionist regime,” Mehmanparast said, according to Iranian news channel Press TV.
Advertisement
Subscribe for our daily newsletter