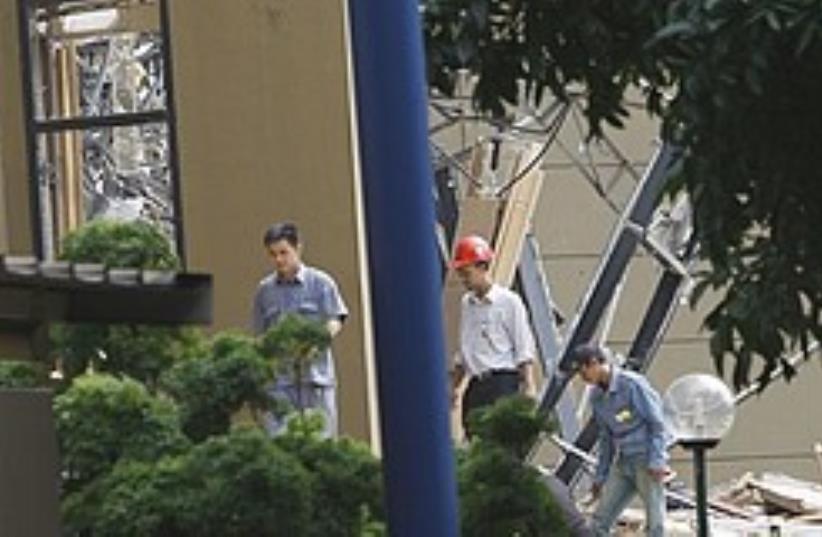 Terrorists planned to set off a third bomb in last week's attacks at two Jakarta hotels, but it malfunctioned, police said Friday.

The bomb on a timer was set to go off before the suicide bombers blew themselves up, indicating similar tactics to earlier terrorist attacks in Indonesia, Ketut Untung Yoga of the national police said.

The device - a laptop filled with explosives and bolts - was found on the 18th floor of the J.W. Marriott.

The explosion would likely have sent panicked crowds fleeing to the ground floors, where the two suicide attackers detonated their explosives packs.

"It is clear that the bomb found inside the hotel was equipped with a timer that shows the time of the (failed) explosion," Untung Yoga said. "It was supposed to explode before the other two."

Last Friday's near simultaneous explosions at the J.W. Marriott and Ritz-Carlton killed seven people and wounded more than 50, breaking a nearly four-year lull it terrorist activity in the world's most populous Muslim-majority nation. The two bombers, believed to have been associated to the regional terror network Jemaah Islamiyah, also died.

An unknown number of suspects have been picked in an ongoing, nationwide manhunt that is also targeting Malaysian fugitive Noordin Mohammed Top, the alleged mastermind of four major bombings in Indonesia.

Jemaah Islamiyah used a combination of stationary, timed explosives and suicide bombers in the 2002 and 2005 Bali bombings that killed more than 220 people. The group was also blamed for the first bombing of the J.W. Marriott in 2003 and an attack on the Australian Embassy in 2004.

A widespread crackdown by counterterrorism forces has netted hundreds of militants in recent years in Indonesia, and the group was believed to have virtually wiped out.

But last Fridays' attack showed that terrorists are still able to strike high-security targets in the heart of the capital, reviving fears that more bombings may follow.