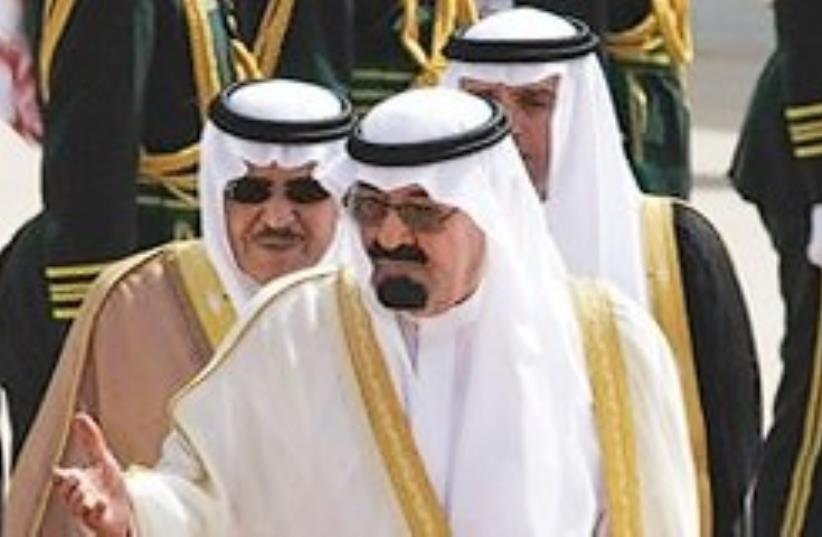 Democrat Howard Berman of California, Chairman of the powerful House Foreign Affairs Committee, told the Post from Washington that he had read the report in Monday's paper.

"This is a very disturbing report," Berman said, "particularly in light of the fact that US officials assured us four years ago that Saudi Arabia would abandon the boycott as the condition for its entry into the World Trade Organization."

Berman declared that he would take action on the issue.

"I intend to pursue this matter with the administration," he said.

Across the aisle, Congressman Mike Pence of Indiana, who chairs the House Republican Conference, also criticized Riyadh for its duplicity.

"Saudi Arabia's disregard of its 2005 pledge to end the boycott against Israel is unacceptable," Pence told the Post.

"Congress and the administration must hold Saudi Arabia accountable. The United States cannot stand by and continue to witness this mistreatment towards the peace-loving people of Israel," he said.

"Ending the Arab League boycott and establishing trade relationships with Israel would help foster much needed peace in the region," Pence added.

Earlier this week, the Post revealed that the Saudis have been steadily intensifying their enforcement of the anti-Israel trade embargo in recent years, despite a November 2005 pledge to Washington to desist in exchange for admittance into the World Trade Organization.

A review of Commerce Department figures conducted by the Post found that the number of boycott-related and restrictive trade-practice requests received by American companies from Saudi Arabia has increased in each of the past two years, rising by more than 76 percent between 2006 and 2008.

US law bars American companies from complying with such demands, and requires them to report any boycott-related requests to the federal government.

The Saudi boycott of Israeli-made goods is part of the decades-old Arab League effort to isolate and weaken the Jewish state economically.

Washington has been attempting to get Riyadh to improve relations with Israel, thus far without success.