US intelligence shows Teheran is re-examining ties with terror.

By ASSOCIATED PRESS
MAY 13, 2010 12:27
khatami speaking to media 311
(photo credit: AP)
Advertisement
WASHINGTON — Al-Qaida operatives who have been detained for years in Iran have been making their way quietly in and out of the country, raising the prospect that Iran is loosening its grip on the terror group so it can replenish its ranks, former and current US intelligence officials said in a statements published Thursday.This shift could indicate that Iran is re-examining its murky relationship with al-Qaida at a time when the US is stepping up drone attacks in Pakistan and weakening the group's leadership. Any influx of manpower could hand al-Qaida a boost in morale and expertise and threaten to disrupt stability in the region.RELATED:
Analysis: Looming specter of conflict
Iran sees enemies everywhereUS officials said the intelligence points to a worrisome increase in movement lately.Details about al-Qaida's movements and US efforts to monitor them were outlined to The Associated Press in more than a dozen interviews with current and former intelligence and counterterrorism officials, most of whom spoke on condition of anonymity because they were not authorized to discuss the matter.Wiretapping, satellites used to track insurgents who fled AfghanistanThe relationship between Iran and al-Qaida has been shrouded in mystery since the US-led invasion of Afghanistan in 2001, when many al-Qaida leaders fled into Iran and were arrested. The Shi'ite regime there is generally hostile to the Sunni terrorist group, but they have an occasional relationship of convenience based on their shared enemy, the US.US intelligence officials have tried wiretapping and satellite imagery to watch the men. The CIA even established a highly classified program — code-named RIGOR — to study whether it could track and kill terrorists such as al-Qaida in Iran. Results have been mixed. Monitoring and understanding al-Qaida in Iran remains one of the most difficult jobs in US intelligence."This has been a dark, a black zone for us," former CIA officer Bruce Riedel said. "What exactly is the level of al-Qaida activity in Iran has always been a mystery." 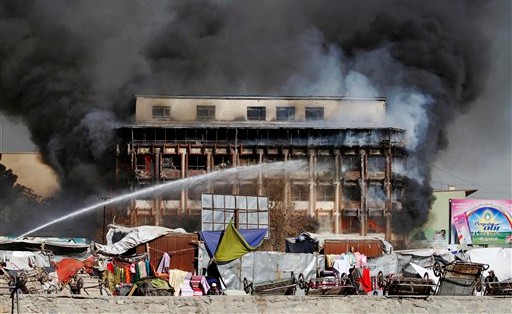 That activity has waxed and waned, officials said. Sometimes the men could travel or communicate with other operatives. Other times, they were under tight constraints and the US considered them to be out of commission. There was no obvious pattern to the movement.The departures began in late 2008 as the US stepped up international efforts to sanction Iran for its nuclear program. Saad bin Laden, one of Osama bin Laden's sons, was allowed to leave the country around that time with about four other al-Qaida figures.Since then, US intelligence officials say others have followed. One former CIA official familiar with the travel identified the men as moneymen and planners, the kind of manpower al-Qaida needs after a series of successful US drone attacks on al-Qaida's ranks. But a senior counterterrorism official said the US believes anyone who has left Iran recently is likely to be lower-level.Washington concerned terrorist leaders may be moving freely around MEA major concern among US officials is that this movement foreshadows the release of al-Qaida's "management council," including some of al-Qaida's most dangerous figures.Most recently, the concern focused on Saif al-Adel, an Egyptian-born confidant of Osama bin Laden who is on the FBI's most wanted list in connection with the 1998 bombings of US 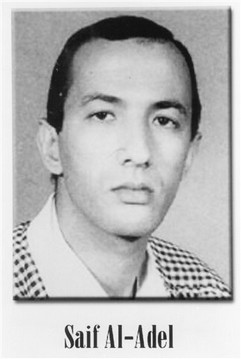 embassies in Kenya and Tanzania. In the past year or so, intelligence officials circulated a bulletin saying al-Adel, one of al-Qaida's founding fathers, was traveling to Damascus, Syria. The US is offering a $5 million reward for his capture.The Damascus connection ultimately was disproved, but underscoring the difficulty of monitoring the men, US intelligence officials are divided on whether Saif has been allowed to travel in the region. The senior counterterrorism official said there's no clear evidence Saif has left Iran."Regardless of where he is, we haven't forgotten about him or stopped looking for him," said Don Borelli, the assistant special agent in charge of the FBI's terrorism task force in New York. "He's a most-wanted terrorist and we intend to find him."'Al-Qaida trainer with a terrorism pedigree that spans decades' now in IranThe roster of al-Qaida figures in Iran is something of a who's who for the terror group. One is Abu Hafs the Mauritanian, a bin Laden adviser who helped form the modern al-Qaida by merging bin Laden's operation with Ayman al-Zawahiri's Islamic Jihad. Al-Qaida's longtime chief financial officer, Abu Saeed al-Masri, has been held there. So have bin Laden's spokesman, Suleiman Abu Ghaith, and Mustafa Hamid, an al-Qaida trainer with a terrorism pedigree that spans decades.Several members of bin Laden's family also have been under house arrest.All fled into Iran after al-Qaida's core split up after the Sept. 11, 2001 attacks. Bin Laden led some confidants toward the mountainous border with Pakistan. Al-Adel led others into Iran, which has historically allowed al-Qaida members safe passage through the country.Iran arrested the men in 2003 and has held them as both a bargaining chip with the US and as a buffer against an al-Qaida attack.Using spy satellites, the US has monitored vehicles in and out of the compound where the al-Qaida operatives have been held. US officials have gleaned some information about the men through intercepted Iranian phone conversations and e-mails. But generally, the US has only limited information about them.If Iran were to release any of the major al-Qaida figures, it would be a violation of a United Nations resolution. A senior US counterterrorism official said Iran is well aware of US concerns that they not be released.Ties between al-Qaida and Iran begin to change in Bush eraUS officials realized that things in Iran were changing in the waning days of Bush's administration when Saad bin Laden crossed into Pakistan. The administration took the unusual step of announcing bin Laden's move and freezing his assets. As many as four others were believed to have been with him. 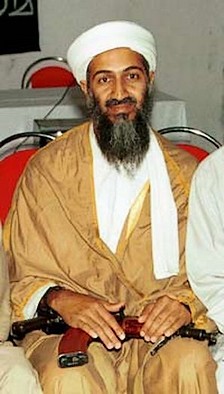 "This served in large part as a symbolic act to remind both Iran and al-Qaida that we are watching this relationship," said Juan Zarate, Bush's former deputy national security adviser for counterterrorism. "We were concerned operationally about his movements, which was another reason for the designation."In July, intelligence officials revealed that Saad bin Laden was probably killed in a drone airstrike. Intelligence officials suspected he was traveling with Abu Khayr al-Masry, an Egyptian who had also been held in Iran. Officials believe al-Masry — an al-Zawahiri deputy — is alive and in Iran.At the time, officials didn't believe bin Laden's departure was an isolated event.Indeed, it wasn't.'Movement like this doesn't augur well'Since Saad bin Laden left Iran, other al-Qaida figures have followed, current and former officials say. They are suspected to be taking smuggling routes heading toward Saudi Arabia or the tribal areas of northwest Pakistan. Last fall, top CIA officers received intelligence reports suggesting the release of several al-Qaida members from Iran, according to a former CIA official.One of the men placed a phone call to a relative in Saudi Arabia. The call was made from Baluchistan, a western Pakistan province bordering both Iran and Afghanistan. It is known as a transit point for al-Qaida operatives.But even when they have known that al-Qaida had traveled, US officials say they have rarely understood the purpose.The activity comes as Iran allowed Osama bin Laden's daughter Iman to leave the country in March and settle in Syria. Details are murky."Clearly, there's something going on on the Iranian front," said Riedel, the former CIA officer who is now a Brookings Institution scholar.Some experts believe that anyone from al-Qaida freed to leave Iran must be returning to the battlefield. Others believe that, with al-Qaida families left behind, terrorists may actually be working for Iran, gathering intelligence or passing messages before returning to Iran.Either way, it's being noticed. Clare Lopez, a former CIA officer and a senior fellow at Center for Security Policy, says it's not a good sign."Movement like this doesn't augur well," she said.
Advertisement
Subscribe for our daily newsletter