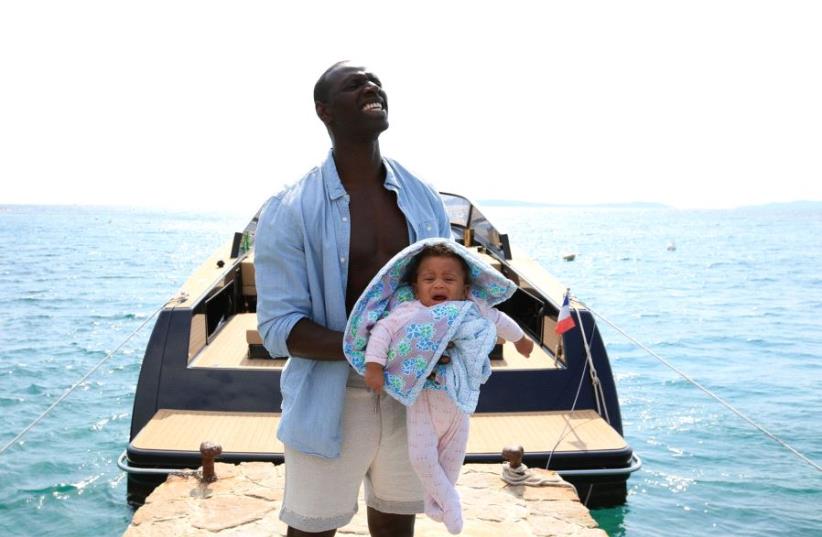 'Tomorrow Everything Begins'
(photo credit: PR)
Advertisement
The 14th annual French Film Festival, which is opening this week all over the country and runs until April 5, presents 14 new films that represent the best of recent Gallic cinema.The festival is taking place at the cinematheques in Jerusalem, Tel Aviv, Haifa, Sderot, Holon and Rosh Pina, as well as at Cinema City Netanya, Beit Hatarbut in Savyon and Globus Ashdod.The films will have both English and Hebrew subtitles. The festival is produced with the support of the French Embassy in Israel.French cinema is enjoying a revival of sorts. Once, in the days of Jean Renoir, and later with the Nouvelle Vague movement that introduced the world to Francois Truffaut and Jean-Luc Godard, France was the premier country for quality cinema. Later, it was eclipsed by other countries. But now, a revitalized French film industry is reclaiming its place as one of the strongest film centers.The opening film of the festival is Christian Duguay’s film Un sac des billes (A Bag of Marbles). It’s about two young Jewish brothers in occupied France during WW II and is based on the autobiographical novel by Joseph Joffo. It stars Patrick Bruel and Elsa Zylberstein.The closing night film, Hugo Gélin’s Demain tout commence (Tomorrow Everything Begins), stars Omar Sy (of last year’s hit Chocolat, and The Intouchables) as a hard-partying guy who raises the baby a girlfriend insists is his child.The festival will feature a tribute to one of France’s best-loved actors, Jean-Paul Belmondo (now 83), who changed the template for what a leading man should be. Three films from his 60-year career will be shown: Philippe de Broca’s L’homme de Rio (That Man from Rio); Jean-Luc Godard’s Pierrot le fou; and Jean-Paul Rappeneau’s Les mariés de l’an deux (The Married Couple of the Year Two). Don’t miss the chance to see this phenomenally charming and quirky actor on the big screen.Some of the most anticipated recent films from France will be in the festival.Xavier Dolan’s Juste la fin du monde (It’s Only the End of the World), which won the Grand Jury Prize at Cannes last year, stars Gaspard Ulliel as a writer estranged from his family who returns home to tell them he is dying.

Le ciel attendra (Heaven Will Wait), directed by Marie-Castille Mention-Schaar, tells the very topical story of two teenage girls who join ISIS, and their families, who blame themselves for not realizing what is going on until it is too late.Natalie Portman stars opposite Lily-Rose Depp (the daughter of Johnny Depp and Vanessa Paradis) in Rebecca Zlotowski’s Planetarium. It’s a drama about sisters in pre-WW II France who claim to be able to communicate with spirits. Whether the characters prove that they are really in touch with ghosts is debatable, but Portman proves that, after acting in two languages – English and Hebrew – she can also perform in a third, French.The life story of undersea explorer Jacques-Yves Cousteau is the basis for Jerome Salle’s L’Odyssée, starring Lambert Wilson as Cousteau and Audrey Tautou as his wife.Another fact-based, historical film is Danièle Thompson’s Cézanne et moi, which examines the friendship between painter Paul Cézanne (Guillaume Gallienne) and novelist Émile Zola (Guillaume Canet).Dominique Cabrera’s Corniche Kennedy, based on the novel by Maylis de Kerangal, is about teens who dare each other to jump into the Mediterranean from the Corniche Kennedy highway along the beach in Marseille.Sylvain Desclous’s Vendeur tells the story of a man who has sacrificed a great deal for his career and his son.Au nom de ma fille, directed by Vincent Garenq, stars Daniel Auteuil as a father who becomes suspicious after his daughter is found dead at the home of her mother and stepfather.The artistic directors and producers of the French Film Festival are Caroline Boneh, director of Eden Cinema; and M. Bertrand Le Delezir, audiovisual attaché at the French Institute in Israel.For schedules and to order tickets, visit the websites of the individual cinematheques.