Olmert to Supreme Court: I feel hunted; I personally was never enriched 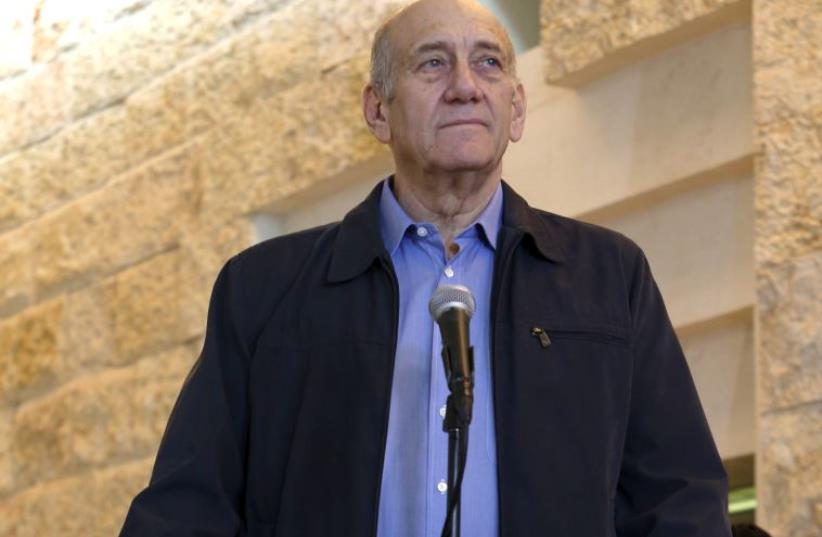 Former PM Ehud Olmert
(photo credit: AMIT SHABAY/POOL)
Advertisement
Hours after cutting a deal with the state prosecution on the Shula Zaken tapes saga, former prime minister Ehud Olmert on Tuesday once again accused the same prosecution of a personal crusade against him.“My feeling and the feeling of my family… we view these [legal proceedings] like I am being hunted,” he told the Supreme Court, having the last word in dual-appeals between him and the prosecution over the Talansky, Rishon Tours and Investment affairs verdicts.Olmert added, “I am talking about decades in which I never enriched myself and in which I sacrificed my time days and nights… to improve our quality of life.”On Monday, he admitted to obstruction of justice in coordination with his former top aide, Zaken, in both the Talansky and the Holyland affairs.Olmert also agreed to a six-month jail sentence and a NIS 50,000 fine, but the six months will run concurrently with his 18-month Holyland sentence, so it will not actually add on further jail time.In contrast, Olmert and the state prosecution could not reach a deal on the Talansky, Rishon Tours and Investment affairs, which was the reason that Tuesday’s hearing before the Supreme Court went forward.The state prosecutor on Tuesday confirmed to the Supreme Court that the sides were split over whether any jail time Olmert agreed to in those affairs would also run concurrently with his 18-month Holyland sentence or whether time would be added on to the sentence.She said that it was impossible for Olmert to get the leniency of a concurrent sentence in the Talansky Affair when he was already going to get that in the Zaken tapes saga.In addition to supporting the grounds for Olmert’s conviction in the retrial of the Talansky Affair given by the Jerusalem District Court, which included Olmert hiding illegal funds in a secret safe, the state added that he could have been convicted essentially simply for having received the funds.On that note, the state said it is likely to push for new legislation to clarify for courts that the current standards they are applying to reach a conviction in public corruption cases are too high.Olmert is already set to become the first prime minister in the country’s history to go to jail, on February 15.