Incoming IDF chief of Staff, Maj.-Gen. Yoav Galant will be replaced in the Southern Command by Maj.-Gen. Tal Russo.

By YAAKOV KATZ
SEPTEMBER 16, 2010 22:53
Advertisement
Maj.-Gen. Yoav Galant, the incoming IDF chief of staff, began compiling the group of generals he wants to see sitting at the General Staff table on Thursday with the announcement of a new round of senior military appointments. 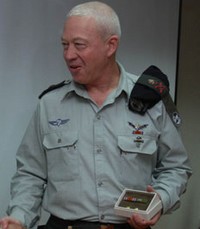 Galant, who will take over from current Chief of General Staff Lt.-Gen. Gabi Ashkenazi in February, will be replaced in the Southern Command by Maj.-Gen. Tal Russo who has spend the past four years as head of the IDF Operations Directorate.RELATED:
Cabinet approves Yoav Galant  as Israel's 20th IDF chief
Tough. Confident. Connected. Meet Yoav Galant One surprise appointment was that of Brig.-Gen. Aviv Kochavi as the next head of Military Intelligence (MI) in place of the current intelligence chief Maj.-Gen. Amos Yadlin. Kochavi is a well respected officer who has served in the past as head of the Gaza Division and until recently as Russo’s deputy in the Operations Directorate.Most of the previous heads of Military Intelligence – known by its Hebrew acronym AMAN – served in other posts on the General Staff before moving over to head up MI.Russo will be replaced by Brig.-Gen Yaacov Ayish, who previously served as deputy head of the Ground Forces Command.

The round of appointments was officially approved by Ashkenazi and Defense Minister Ehud Barak but was done with the approval of Galant who will spend the next few months, until he takes up his new post, learning more about the military and the intricacies of serving as chief of staff.One job that has yet to be filled is the deputy chief of staff which will soon be vacated by Maj.-Gen. Benny Gantz who lost out to Galant in the race to replaced Ashkenazi. The leading candidate is OC Northern Command Maj.-Gen. Gadi Eizenkot.
Advertisement
Subscribe for our daily newsletter