Miliband: No country could stand such misuse of its passports.

By HERB KEINON
MARCH 24, 2010 01:00
david miliband 311
(photo credit: AP)
Advertisement
While formally Israel responded with reserve on Tuesday to Britain’s decision to expel one of its diplomats over allegations that Israel forged UK passports to carry out the killing of a Hamas commander in Dubai, informally officials in Jerusalem and MKs blasted London for gross hypocrisy.British Foreign Secretary David Miliband told Parliament that after investigating the alleged use of 12 counterfeit British passports in the January 19 killing of Mahmoud al-Mabhouh in Dubai, “we have concluded that there are compelling reasons to believe that Israel was responsible for the misuse of the British passports.”Related Articles:
Eldad, Ben-Ari: The British are disloyal dogs
Analysis: A politically motivated move and a blow to intelligence-sharing“The government takes this matter extremely seriously. Such misuse of British passports is intolerable,” he said.“The fact that this was done by a country which is a friend, with significant diplomatic, cultural, business and personal ties to the UK, only adds insult to injury. No country or government could stand by in such a situation.”As a result, Miliband said, and as a way of making clear London’s “deep unhappiness at what has happened, and to seek to ensure this abuse does not happen again,” he has asked that a member of the Israeli Embassy “be withdrawn from the UK as a result of the affair.”Neither Miliband, nor the Foreign Ministry, revealed the name of the expelled diplomat, though it was widely reported that he was the Mossad’s representative in London.Until now, Israel and Britain had very close security cooperation. The diplomat has reportedly been given two weeks to leave the country.Miliband pointedly stopped short of blaming Israel for the Mabhouh assassination, which has been widely attributed to the Mossad, though Israel has never officially commented on it.Foreign Minister Avigdor Lieberman, who was in Brussels when Miliband made his announcement and met with him on Monday, issued a statement saying he regretted the British decision.Lieberman stressed the importance Israel placed on Israeli-British relations, and said the two countries maintained dialogue on a number of sensitive issues.He also said that Jerusalem had received no proof of Israeli involvement in the matter.Ambassador to London Ron Prosor also issued a statement saying the relationship between the two countries was “of mutual importance.” Therefore, he said, Israel was “disappointed” by the decision.Miliband’s comments in Parliament came hours before he was scheduled to attend a ceremony marking the rededication of the renovated Israeli Embassy. He canceled his attendance, although other representatives from the Foreign Office were at the reception.“We are about to celebrate the renovation of the Israeli Embassy here in the United Kingdom,” Prosor said. “It is now our intention to strengthen the firm foundations of our relationship, which is vital and beneficial for both our countries.”Prime Minister Binyamin Netanyahu, currently visiting Washington, did not respond when asked about the matter by journalists.According to Miliband, he presented to Lieberman at their meeting on Monday the findings of the British investigation of the matter. “I handed over a letter seeking a formal assurance from him that in the future, the State of Israel would never be party to the misuse of British passports in such a way,” he said.Foreign Ministry officials would not reveal the content of that letter, nor whether Israel would provide London with any such assurance.Miliband said that the Serious Organized Crime Agency, which investigated the matter, concluded that the passports used were “copied from genuine British passports when handed over for inspection to individuals linked to Israel, either in Israel or in other countries. They found no link to any other country.“Given that this was a very sophisticated operation in which high-quality forgeries were made, the government judges it is highly likely that the forgeries were made by a state intelligence service,” Miliband said, adding that this led to the conclusion that Israel was responsible.“Such misuse of British passports is intolerable, Miliband said. “It presents a hazard for the safety of British nationals in the region. It also represents a profound disregard for the sovereignty of the United Kingdom. 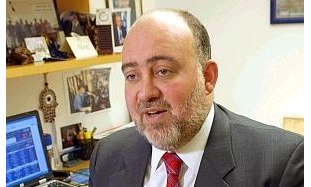 “The fact that this was done by a country which is a friend, with significant diplomatic, cultural, business and personal ties to the UK, only adds insult to injury.”Officials in Jerusalem said they were “stunned” by Miliband’s “humiliating” speech in Parliament, and that it revealed a great deal of hypocrisy.“This is not the way for a real friend to act,” one official said, saying that the British intelligence services cooperate with the Mossad, and “know how things work.”The British, the official said, were attacking villages in Iraq and Afghanistan fighting terrorists, yet raking Israel over the coals over alleged passport forgeries.The official, noting that a Hamas spokesman had praised the United Kingdom for its actions, said the message sent by the British move would harm the coalition fighting terrorism.Two officials in Jerusalem said separately that they wished the British had worked with the same effectiveness and alacrity in 2003 to discover who was behind the dispatch of two British terrorists, travelling to Israel on legal British passports, who carried out a bombing at the Mike’s Place pub in Tel Aviv that killed three people.One official said that it was impossible to divorce Miliband’s announcement from the recent sharp criticism of Israel that has come from Washington, and the feeling the British had that if the Americans could publicly bash Israel, they could do so as well.The official added it was also likely that the timing of the announcement, as well as the severity of the diplomatic reprimand, had something to do with the UK elections due by June, and a desire by Miliband to curry favor with the British Labor Party’s hard-left wing.One diplomatic official said it was unclear whether other countries, such as Ireland, France, Germany and Australia, whose passports were also linked to the Dubai hit, would follow Britain’s lead and expel Israeli diplomats, an extremely harsh move that he said the UK generally reserved for the spy wars it has with Russia.Miliband said he had spoken to the foreign ministers of other countries whose passports were allegedly involved in the Mabhouh hit.National Union MK Arye Eldad told Sky News that he believed the British were “behaving hypocritically and I don’t want to offend dogs on this issue, since some dogs are utterly loyal. Who are they to judge us on the war on terror?”Israel’s “natural reaction should be to expel one of the senior diplomats in the British Embassy, maybe the military attache or someone on his level,” Eldad said.Sources in Jerusalem said that such a retaliatory move was not under consideration.Knesset Foreign Affairs and Defense Committee chairman MK Tzahi Hanegbi (Kadima) recommended not responding to the crisis with Britain.“I believe keeping silent was a good policy at the height of the Dubai crisis, and certainly it is now, when it is nearly behind us,” Hanegbi said.Years ago, he said, Israel “adopted a policy of not responding to allegations in these areas.” He added that such opportunities are exploited to “make baseless charges against Israel.”Britain, meanwhile, updated its travel advisory, saying that visitors to Israel should be aware that their passport details “could be captured for improper uses” while their passports were out of their hands.“We recommend that you only hand your passport over to third parties, including Israeli officials, when absolutely necessary,” the advisory said.This is not the first time that Israel and Britain have had ahigh-profile dispute over forged passports. In 1987, eight forgedBritish passports were found in a phone booth in Germany, and traced tothe Mossad. At the time Israel apologized and vowed not to take similaractions in the future.The following year, Israel used a Palestinian double agent forespionage activities inside England, a move that infuriated then-primeminister Margaret Thatcher, who closed the Mossad’s office in Londonand expelled the head of the office.London’s latest move is expected to further strain ties with Jerusalem,which have been tense since in December, when British authoritiesissued an arrest warrant against opposition leader Tzipi Livni foralleged war crimes, as she was about to travel to England.Livni caught wind of the matter and canceled her trip.Jonny Paul and AP contributed to this report.
Advertisement
Subscribe for our daily newsletter