Mullen to IDF Haiti delegation: Humanity is proud of you

"The important work you did will not be forgotten," says chairman of US Joint Chiefs of Staff. 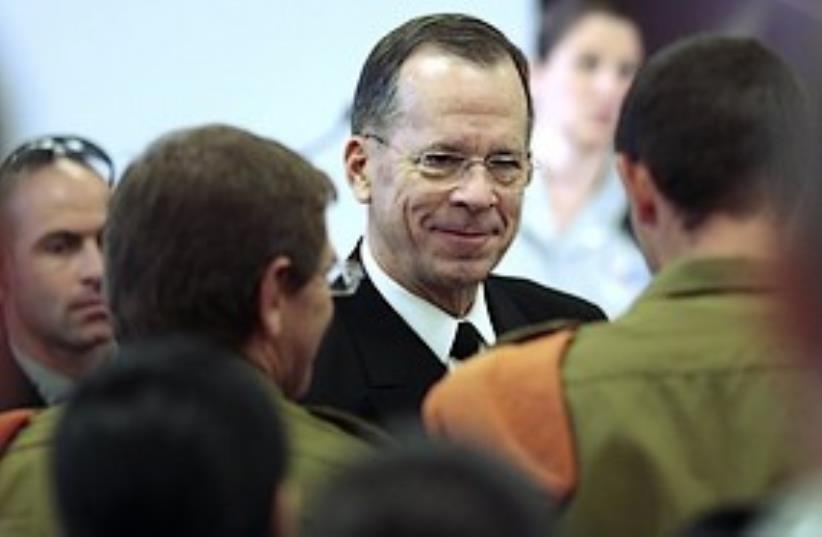 mullen IDF haiti team 311
(photo credit: AP)
Advertisement
Adm. Michael G. Mullen, chairman of the US Joint Chiefs of Staff, met with members of the IDF's humanitarian delegation to Haiti at the Ministry of Defense in Tel Aviv on Monday morning, telling the soldiers "the important work you did with your delegation will not be forgotten, not by us and not by the residents of Haiti."Mullen had requested the meeting during his three-day visit to Israel."I want to express my admiration for you. You represent the hope within the heavy tragedy the residents of Haiti had to live through."You created hope and a future for those people, and humanity is proud of you," the US military chief said."The residents of Haiti are amazing people, and they are experiencing a time full of challenges, and I hope that the international community will continue to assist in the rehabilitation and the future of Haiti, also after the spotlight and the cameras are turned off," Mullen added.Mullen was accompanied by Chief of General Staff Lt.-Gen. Gabi Ashkenazi, who said, "The delegation to Haiti was a privilege, and an opportunity to represent Israel and the spirit of the IDF. I am personally proud of every single member of the delegation, and proud to know that I stand at the head of an organization with such good commanders."Ashkenazi added that Israel's rescue effort "would not have succeeded as [it] did without the preparations by the US Army in Haiti. We know who will continue to assist in the long-term rehabilitation of Haiti. Now all we can do is to finish the treatment and prepare for the next operation."The ceremony was also attended by OC Home Front Command Maj.-Gen. Yair Golan."The first objective is to save lives. The second is to provide the best possible medical treatment and the third to represent Israel and the IDF honorably. We fulfilled all three objectives," Golan said.Cpt. Sofia Moskovitch, a nurse who flew to Haiti as part of the delegation, told the US military chief, "Out of three brothers who we delivered in the field, only one survived. One of his brothers died during labor and the second passed away after a short time. A few days after I returned to Israel, I went to visit my sister and my nephew who was born recently. That's Haiti for me."Later on Monday, Mullen and Ashkenazi visited the Yad Vashem Holocaust Museum in Jerusalem."We, all of us, must make sure that such terrible events will never happen again," Mullen said. "We ask for hope, a better future for coming generations," he added.
Ashkenazi said in his speech that "both of us understand the obligationto ensure that something like this will never happen again."Mullen met with Defense Minister Ehud Barak on Monday, and held talks with several leading IDF officials.
Advertisement
Subscribe for our daily newsletter