Many seek guidance on sexual identity in wake of allegations against Rabbi Elon.

By BEN HARTMAN
FEBRUARY 22, 2010 05:47
rabbi ron yosef 311
(photo credit: .)
Advertisement
A helpline for religious Jews dealing with questions about their sexual identity has received an influx of calls in the wake of allegations that prominent national-religious Rabbi Moti Elon had sexual relations with male students.Rabbi Ron Yosef of Netanya said he founded the Web site Hod (a Hebrew acronym for “homo’im datiim” – religious homosexuals) two years ago in order to “have a real religious and social discussion on homosexuality, as well as acceptance of the other and to fight hatred.”Yosef, 35, said that since he founded Hod, the Web site received more than 300,000 hits and 2,200 requests for guidance. But since the Elon scandal broke last Monday, it has received over 60 requests for help in less than a week, he said.According to figures presented by Hod, nearly 24 percent of the inquiries received have been from non-hassidic haredi men, and some 5% have been from hassidim. The rest have been from members of the national-religious community.Yosef said that the more the issue of homosexuality and the religious sector stays prominent in the media and in public discourse following the Elon scandal, the more people will feel comfortable about seeking answers from Hod and groups like it.The Elon affair came to light after Takana, a rabbinical forum that addresses sexual abuse in the religious community, posted an announcement last Monday saying Elon was a danger to the public.A day later, the group said he had been involved in “clearly” sexual relations with two young men in the past.On Thursday, police officials announced that they were instructed by Attorney-General Yehuda Weinstein to investigate the allegations against Elon. On Sunday, Channel 10 reported that since Thursday, police have received approximately 15 additional complaints against Elon, one of the most prominent rabbis in the national-religious community.Yosef said being religious presents additional difficulties for men struggling with their sexual identity, and that the overwhelming majority of the men who turn to his Web site for guidance want to continue to live a religious life, even though the Torah calls homosexual behavior “an abomination.”The rabbi said his group tries “to help each person find ways to deal with their homosexual desires, instead of just relying on denial.”Yosef said Hod “can give spiritual and religious guidance to people, so that they feel that they have someone to talk to, someone to listen to them.” 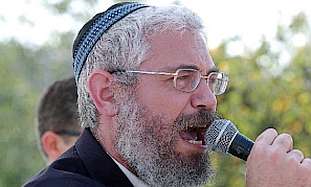 The organization does not offer psychological counseling, but refers people to therapists if they request it. Yosef also said the group does not try to get them to change their orientation.He said often there are people who come to them wanting to rid themselves of homosexual yearnings, and they try to “inform them of the dangers of changing their identity. But if they still want to change, we advise them to seek out professionals who deal with such things.“For us, the health of the person is the most important thing. We don’t judge people or try to change them in any way. We don’t try to get them to come out of the closet or become heterosexuals; we try to speak to them so they know they have someone to talk to.”When asked if Hod has fielded complaints about sexual abuse by rabbis or other religious leaders, Yosef said, “We’ve never received any calls like this.”He also said the organization does not field inquiries from females, but refers them to groups that deal with religious women, such as Bat Kol.
Another organization that helps religious homosexuals, Hevruta,announced on Sunday the founding of a support group for marriedreligious gays, which will offer free psychological counseling.Hevruta’s Facebook page says it seeks to help all men who are copingwith the daily difficulties of not having anyone to speak to about whatthey’re going through.The group, which plans to hold monthly meetings at a discreet locationin Tel Aviv, states that it does not encourage divorce or adultery, butrather “is a support group that works to give a professional answer toall men who want a place where they can speak about what each and everyone of them is going through.”
Advertisement
Subscribe for our daily newsletter