By LAHAV HARKOV
weekly schmooze 311
(photo credit: Courtesy)
Advertisement
Let's get something out of the way, right in the beginning: Weiner's Weiner. Yes, New York Congressman Anthony Weiner admitted to sending some racy pictures, tweets and Facebook messages to female admirers. Instead of making you groan with puns about Oscar Mayer, the Battle of the Bulge, and Weiner's burgeoning political career, here are the 40 best descriptions of what Weiner is packing, the funniest Twitter reactions to his press conference on the photos in question, and of course, Jon Stewart's take on the issue:

One of the women on whom Weiner tried to unload his pictures is famous political daughter Meghan McCain. The 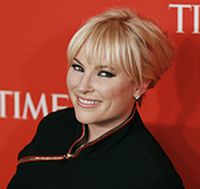 republican pundit is working on a book with Jewish comedian Michael Ian Black, an outspoken Obama supporter. The two will be writing about their humorous take on the state of the Union, and why American politics are, in their words, “so f-ed up.”Rahm Emanuel may have left Washington, but Eli Gold, a character in the hit TV show “The Good Wife” that’s based on Emanuel, is still in the spotlight. Rahm’s brother, Ari Emanuel, one of Hollywood’s top agents, was fictionalized on HBO show “Entourage,” as foul-mouthed super-agent Ari Gold. Now Rahm and Ari’s brother, oncologist and bioethicist Zeke Emanuel, is going to become a TV character named Gold too, if Tablet Magazine has its way. The site has imagined a medical drama, in which Dr. Amos Gold makes the rounds at a Boston hospital. If you’re looking for a show that’s actually in production, look no further than World War X. As the Schmooze has mentioned before, this movie about a zombie apocalypse will feature a scene in which Israelis explain their tactics to come out alive and with their brains intact. Actress Mali Levy was already cast, and now Yehoram Gaon was offered the part as the head of the Mossad. In other casting news, Israeli actor Alon Aboutbul will be playing a villain in the next Batman movie, The Dark Knight Rises. Details about Aboutbul’s character are scarce, but rumor is he’ll be playing an evil mad scientist.Speaking of superhero films, JTA’s Ami Eden waxes philosophical about the connection between the X-Men and Judaism, comparing Professor X to Rabbi Yitz Greenberg and Magneto to Rabbi Meir Kahane in this video:Jewish parenting site Kveller recently came up with a creative advertising idea: They hired actors, and told them to improvise a parenting act, like feeding a child or putting him to bed. Then, Kveller told the actors to do the same thing, but as a Jewish parent. The results were partially funny, and partially disturbing:

The Weekly Schmooze collects the hottest Jewish culture news from around the world. Ranging from celebrities to philanthropy to quirky communities, we're here to schmooze about Jews.If you have any news to share with The Weekly Schmooze, write to: [email protected]