By LAHAV HARKOV
weekly schmooze 311
(photo credit: Courtesy)
Advertisement
Rivalries are common in the hip-hop world, sometimes leading to violence or worse. So, although Drake has been involved in his fair share of bar fights, the Schmooze encourages the black-and-Jewish artist to work out his differences with Matisyahu by a rap battle, 8 Mile style. In 2011, TMZ filmed Matisyahu saying Drake is Jewish, but he isn't representing Judaism, and Drake's Jewishness is "just a by-product," leading to headlines that "Matisyahu thinks he's more Jewish than drake!" This week, Matisyahu took the Jewish-rapper rivalry up another notch in an interview with entertainment blog Vulture, when he was asked if, now that he removed his beard, he's still more Jewish than drake. "It changes [my position on Drake] – but only slightly," Matisyahu answered. We're still waiting to see that rap battle! 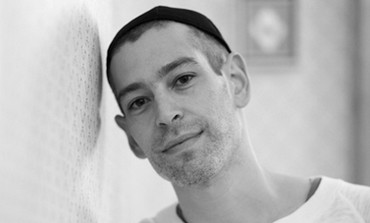 Meanwhile, Matisyahu has the number one film in America – The Possession. The film is features a demon from Jewish folklore called the Dybbuk, which went mainstream in a Yiddish play in 1914, that was performed throughout Eastern Europe, and became a Polish film in 1937, that is considered one of the best Yiddish movies of all time. Americans (and Israelis – it's in theaters here, too) are being exposed to the legend of the Dybbuk in what is essentially the Jewish version of The Exorcist. The reggae star plays a Hassidic rabbi that performs an exorcism on a girl who purchased a box that contains – of course – a body-invading Dybbuk. Vulture asked Matisyahu if he believes in Dybbuks, and he explains that it's a metaphor for facing your demons.And now, for some very strange news: Israeli actress\model Orly Weinerman wrote a letter to Tony Blair, pleading with him to save her lover, who is none other than Saif al-Islam Gaddafi. In 2006, Weinerman denied reports in Ma'ariv that the two are dating, but it turns out that they have been a pair for the past six years. The Shemesh star cited the fact that the dictator's son dated a Jewish Israeli as "proof" of the fact that he is civilized and deserves to be saved, The Daily Mail reported. Meanwhile, MK Michael Ben-Ari (National Union) wrote a letter to Attorney-General Yehuda Weinstein asking him to investigate Weinerman's contact with a terrorist. 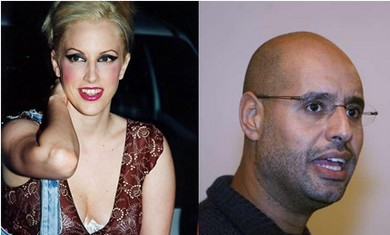 After that interesting pairing, we have a Jewish couple Schmooze readers can get behind: Girls writer, director and star Lena Dunham and indie band fun. guitarist Jack Antonoff. According to the New York Post, the two are trying to keep their relationship a secret. Oops. Now that this hipster power couple are together, don't be surprised if you here "toniiiiiiiiiight, we are yooooooooung" in the background on the next season of Girls. Here's a newer fun. clip – with a Civil War theme - for you to enjoy:Meanwhile, New Girl's Max Greenfield (who is competing with Happy Endings' Adam Pally for funniest Jew on TV this year) revealed his dream cast for the 50 Shades of Grey movie – he would play Christian Grey himself, of course. And Anastasia Steele would be none other than Lena Dunham. Whiny Jewish S&M mom-porn? Somehow that doesn't sound like what the author was picturing. 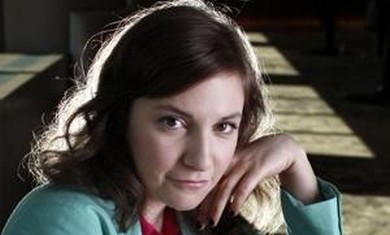 If you're walking around Tel Aviv, and suddenly, the Beverly Hills 90210 theme song pops into your head, the Schmooze knows why. None other than Brenda Walsh herself, Ms. Shannen Doherty is visiting the White City this week to film a commercial. The Charmed actress announced her visit in a tweet last week…

…and seems to be enjoying some café hafuch.

Last but not least, we have a music video from Hassidic star Lipa Shmeltzer. Shmeltzer is known for his high-quality clips, super-coordinated dance moves and electronic style music, and became an Internet sensation with his last video, encouraging people to put down their smartphones. In this new song, "Mizrach," Shmeltzer controversially throws his support behind the haredi platoon Netzach Yehuda and calls for all Jews to unite.The Weekly Schmooze collects the hottest Jewish culture news from around the world. Ranging from celebrities to philanthropy to quirky communities, we're here to schmooze about Jews. If you have any news to share with The Weekly Schmooze, write to:[email protected]