A Jpost column wrapping up the hottest Jewish culture news worldwide: The Jews of "Glee;" sefira beards for charity.

By LAHAV HARKOV
weekly schmooze 311
(photo credit: Courtesy)
Advertisement
How was your Seder? Did you have a favorite part of the night? You can vote for it on "Seder Plate Champion," which pits humble matza against bitter maror and the four cups who fight for freedom.Visit Jewish.TV for more Jewish videos.If you can't decide which part of the Seder plate you liked best, you can celebrate them all with The Macaroons, a Jewish music band for kids, and probably the first people to rhyme Seder plate with "Darth Vader Plate." This animated music video shows Jews partying down at the "Seder 54" disco – where the bouncers turn cupcakes away from the door. If you think the Four Sons are the best part of the Seder, the Forward has a new version: The Four Jews of "Glee." Know-it-all, Barbra Streisand-wannabe and 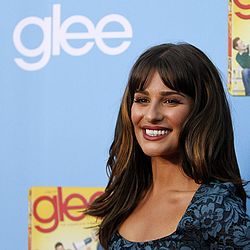 all-around diva Rachel Berry is the Wise Son, with her tendency to be "an irritating control freak, just like the unctuous Wise Child," as the Forward put it. Bad-boy heartthrob Noah "Puck" Puckerman is the Wicked Son, with his stints in Juvenile Hall (or as he says: "I put the Jew in Juvi") and penchant for impregnating cheerleaders. He also has a tradition of serenading his female fans with songs by Jewish singers like Neil Diamond and Sammy Davis Jr. The Simple Son is Artie Abrams. Although he hasn't discussed being Jewish, his name gives him away, as does his stereotypical Jewish nerd look: A white guy with brown hair, thick glasses and a love of sweater-vests and suspenders. Finally, we have the Son Who Does Not Know How to Ask, in the form of Tina Cohen-Chang. Tina is an example of an assimilated Jew - the only part of her Jewish identity that is left is half of her last name, and on the show she commiserates with her boyfriend Mike Chang (the Asian with the washboard abs) about their shared Chinese background.

Click for special Jpost Pessah featuresIt seems Jewish holidays can no longer be celebrated without parody videos, and in that spirit, the Schmooze has more clips to follow last week's two songs.First we have "Best Seder in the USA," an interpretation of Miley Cyrus' hit song "Party in the USA." The music video, created to promote the National Jewish Outreach Program's "Passover Across America," depicts the stress of preparing for a Seder for the first time. Of course the Seder is a success, with a little help from Manischewitz wine and tunes from JM in the AM.Of course, the whole purpose of the Seder is to retell the story of Exodus, which is what The Ein Prat Fountainheads do in their Pessah video. They sing Cee-Lo's "Forget You" to the Egyptians, and chant Diddy's "Coming Home" as they cross the Red Sea toward Israel.Passover ends next week, and for those of you planning to grow a beard during Sefirat Haomer, Jewish culture blog Jewcy has a way to put your facial hair to good use. The site has declared an "Omerathon" to raise money for Jewish Family Service Los Angeles and the Greater Philadelphia Coalition Against Hunger. Details on beards for charity can be found here.The Weekly Schmooze collects the hottest Jewish culture news from around the world. Ranging from celebrities to philanthropy to quirky communities, we're here to schmooze about Jews.If you have any news to share with The Weekly Schmooze, write to:[email protected]
Advertisement
Subscribe for our daily newsletter