By LAHAV HARKOV
AUGUST 11, 2011 13:51
weekly schmooze 311
(photo credit: Courtesy)
Advertisement
Peace in the Middle East has eluded Israel for decades. Have no fear – Jewish comedians have come up with some interesting solutions. In a recent episode of Curb Your Enthusiasm, Larry David eats chicken at a Palestinian restaurant, and says: "They should send some of this chicken to the Israelis, for the peace process. They'll take down all those settlements in the morning." David also said that Palestinian women are "such a turn-on." Why? "You're always attracted to someone who doesn't want you. Well, here you have someone who not only doesn't want you, but doesn't even acknowledge your right to exist!"RELATED:
The Weekly Schmooze: J-Vanka and baby makes three
The Weekly Schmooze: Bibi Netanyahu – the remixGossip site TMZ caught up with Sarah Silverman, and asked her about her recent trip to Israel and how she would solve the Israeli-Palestinian conflict. "They kill and die for this precious land," she explained, "meanwhile, they both litter! The whole place is filled with Cheeto bags." Her plan is to "force them to work together on something that helps everybody, they might just find out they're not so different after all." Since "Israel is all sun," Silverman said, it can work with the Palestinians on solar power. "So, you're welcome."As protesters chant "down with Bibi" in Tel Aviv, someone in Los Angeles has offered an alternative to our current prime minister: Roseanne Barr. She told Jay Leno on the Tonight Show last week, that she will be running both for US president and prime minister of Israel  as a "two-fer." Of course, Roseanne didn't mention that during Operation Cast Lead in 2008, she called Israel "a Nazi state." She did say that she plans on abolishing money, replacing it with vegetables, because "you can't eat money." Perhaps someone should suggest that to the tent-dwellers on Rothschild Boulevard.Solar energy firm Arava Power Company found an interesting way to complain about Netanyahu's policies – by making a music video. The video features people lip-synching to Stevie Wonder's "You are the Sunshine of My Life" and dancing in a solar field, while messages like "solar power is the power of the people" pop up on the screen. Last week, the Schmooze reported that Bachelorette Ashley Hebert chose J.P. Rosenbaum as her bashert on the hit reality TV show. Now, gossip blogs are reporting that Hebert plans to convert to Judaism before she and Rosenbaum get married. Welcome to the tribe, Ashley! 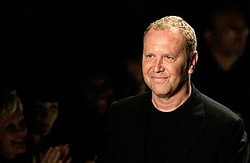 And since we're already on the topic of weddings, Jewish designer and Project Runway judge Michael Kors announced this week that he plans to marry his longtime boyfriend Lance Lepere. Kors and Lepere have been life partners for over 20 years, and were spotted applying for a marriage license in New York City Hall last week.

Having trouble taming your Jew-fro in this hot, humid summer weather? Don't worry, Kosher Kurls will rescue you. The company makes a "leave-in shmear," also known as conditioner, which costs chai (18) dollars. The site recommends putting "a bissel" in your hair and "schmooshing" it in.
The Weekly Schmooze collects the hottest Jewish culture news from around the world. Ranging from celebrities to philanthropy to quirky communities, we're here to schmooze about Jews. If you have any news to share with The Weekly Schmooze, write to: weeklyschmooze@gmail.com