The Weekly Schmooze: Tweeting the Torah

By LAHAV HARKOV
JUNE 2, 2011 14:45
weekly schmooze 311
(photo credit: Courtesy)
Advertisement
Have you been swabbed yet? Celebrities like Rihanna, 50 Cent, and Leighton Meester have been tweeting #GetSwabbed to help find a bone marrow match for Ayelet Galena, daughter of Seth Galena, one of the founders of Jewish humor site Bangitout.com. Events are taking place all over the US this summer – get your cheek swabbed and maybe you'll save the one-year-old, who was born with a rare bone marrow failure syndrome. 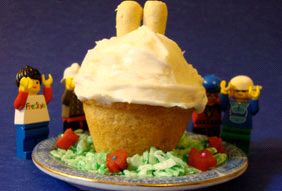 If you're already on Twitter, you can check out some Torah tweets. With Shavuot around the corner, the Jewish Publication Society is on a mission to turn #Torah into a trending topic on Twitter. Visitors to the JPS website can download a free ebook of the Tanach, and tweet their favorite sections with the #Torah hashtag as many times as they want on June 7, Shavuot eve.Shavuot is, of course, the day where we celebrate receiving the Torah. The holiday is usually celebrated by eating lots of dairy products, but Mount Sinai Muffins seem like an acceptable choice, too. Jewish parenting blog Kveller has a fun recipe for green-frosted muffins with two tasty tablets at the top.What are you doing this summer? You'd better say you're going to see Matisyahu on tour, or a magical Australian may make you grow strange facial hair. Yes, you read that right. The hassidic reggae singer made a promotional video for his new tour called "Mustache Madness" that defies explanation:If you like scatological humor, make sure to keep June 25 open, because Sarah Silverman is going to perform in Israel! The princess of poop jokes will be in Israel to participate in the President's Conference, and will do standup in the Wohl Amphitheater in Tel Aviv. Check out one of the comedienne's best-known performances:Super Mario fans, rejoice! Hebrew University student Dani Lischinski found an algorithm to depixelize low-resolution art. This means that you can make all of your old-school video games look like they were made in the 21st century with more rounded lines and smoother images. Here's an example of what Lischinski and Microsoft researcher Johannes Knopf did with Mario:

The Weekly Schmooze collects the hottest Jewish culture news from around the world. Ranging from celebrities to philanthropy to quirky communities, we're here to schmooze about Jews.If you have any news to share with The Weekly Schmooze, write to:weeklyschmooze@gmail.com