A 'Jpost' column wrapping up the hottest Jewish culture news worldwide: Jesse James' PR trip to Israel; Who wants to marry a Maccabeat?

By LAHAV HARKOV
weekly schmooze 311
(photo credit: Courtesy)
Advertisement
Saturday Night Live looked a bit like Invasion of the Body Snatchers last week, with three versions of Facebook founder Mark Zuckerberg appearing during the opening monologue. Host Jesse Eisenberg was nominated for a Best Actor Oscar for his portrayal of Zuckerberg in the film The Social Network, while SNL regular Andy Samberg often impersonates the internet tycoon as an overconfident nerd. The real Zuckerberg surprised the other two, and after pleading with legendary SNL producer Lorne Michaels ("That guy is like my evil twin, and that guy is just Andy Samberg. Those guys are just nerds! Come on, I invented poking!"), showed up on stage.Also last week, Jesse James, the motorcycle enthusiast known for his television show, cheating on ex-wife Sandra Bullock, and posing with Nazi paraphernalia, decided to visit Israel. The day after more incriminating photos were released – one of James 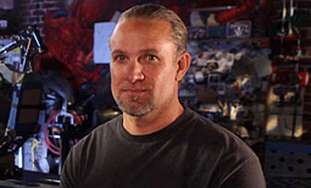 smiling as a friend gives a Nazi salute, and another of him holding a smiling caricature of Hitler – James announced that he visited "World's Greatest Blacksmith" Uri Hofi in his studio in Kibbutz Ein Shemer in Samaria in a segment that will be aired on his History Channel show. Hofi explained to James how to build the rare 1937 Harley-Davidson water-cooled Drake Knucklehead, which means that there were two knuckleheads in Hofi's studio that day.In casting news, Barbra Streisand will play Seth Rogen's mother in road trip film My Mother's Curse. The movie is about an inventor (Rogen) who invites his mother on a cross-country trip, where he tries to sell his latest invention and reintroduce her to a lost love.Do you want to marry a Maccabeat? Are you looking for someone to flip latkes in the air with you, till death do you part? Well, you'd better hurry, because two got engaged over winter break. As of today, there are ten single Maccabeats left, as this handy photograph shows: 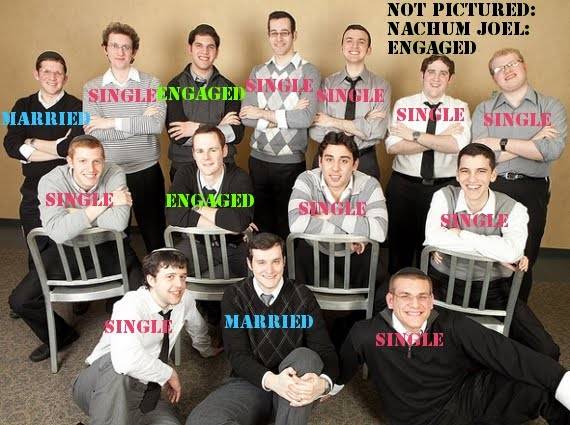 A Yeshiva University blogger has all the details on who their official matchmakers are, and which Maccabeats are doctors- and lawyers-to-be.The Bieber fever epidemic continues to rage in Israel, taking down innocent websites in its wake. Israeli site Leaan crashed minutes after it began to sell tickets for Justin Bieber's upcoming Tel Aviv concert. The site is reportedly able to handle only 300 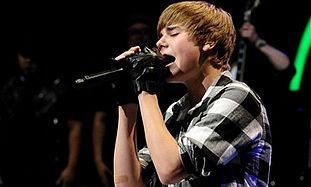 purchases at once, but Beliebers bought 4,500 tickets within two hours on Thursday night for the concert, set for April 14 in the Yarkon Park. If you haven't gotten your ticket yet, don't worry, this was just an advance sale for Discount Bank customers – the other 45,000 tickets will go on sale at the end of the month.To all the girls planning to attend Bieber's concert: Don't yell "Oh my God!" It's a sin. Actually, it's one of the Ten Commandments – not to take God's name in vain – but Shas spiritual leader and former Sephardic chief Rabbi Ovadia Yosef declared this week that He cannot be invoked in languages other than Hebrew, either. Yosef specifically mentioned the phrases "Oh my God" and the Arabic "Ya Allah" as verboten, thus rendering the frecha population of Israel silent.

Jewish people have been successful in many fields throughout the ages, winning Nobel Prizes, Pulitzers, Oscars, etc. Few, however, have made such significant contributions to society as Milton M. Levine, who passed away recently at 97. Levine became a millionaire after inventing the ant farm in 1956. The toy has been a staple in kids' rooms for the past 55 years. Once the toy became a smash hit, Levine said that he "found out [the ants'] most amazing feat yet; they put three kids through college."Last but not least, we have a cautionary tale. Beware of typos, or you, like this Kentucky television station, may end up broadcasting something like this: 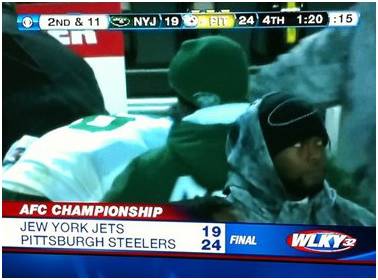 Oops!The Weekly Schmooze collects the hottest Jewish culture news from around the world. Ranging from celebrities to philanthropy to quirky communities, we're here to schmooze about Jews.If you have any news to share with The Weekly Schmooze, write to: [email protected]